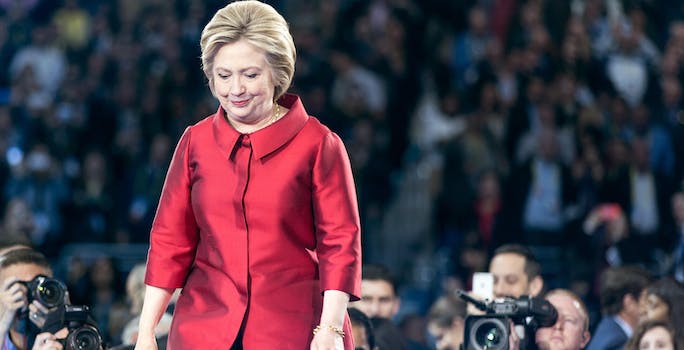 Long after conspiracy theories are conclusively proven to not be true, they can still find believers all over the internet. Disconfirmation might make the theory less attractive to the mainstream, but the mainstream is not the intended audience. Because once you believe in a conspiracy theory, you tend to believe it for good.

Recently, we’ve seen it in one of the longest-running conspiracy theories of the Trump era: the complex web of FISA abuses that supposedly were going to be revealed in the Department of Justice Inspector General’s report on the origins of the Russia investigation.

The findings of the report had been hyped for well over a year by right-wing pundits who believed it would be the vindication of the president’s conspiracy theory that the Obama administration spied on him. And in December, the report was finally released to an audience primed to believe it would be earth-shattering.

It was not. The report made it clear that while there were FBI errors in the FISA application process, and a judge stepped in to order them fixed, the conspiracy theories were just that. The Trump campaign was not illegally spied on, the Russia investigation was completely legitimate, Trump Tower wasn’t wired up for recording, and there was no conspiracy in the FBI to bring Trump down. Nor was there a master plan to ensure Hillary Clinton’s victory.

None of what Trump and his media allies have spent the last three years hammering actually has any credibility to it.

And yet, the conspiracy lingers in the minds of those who believed it. From Sean Hannity declaring he was “right every step of the way” about it to QAnon believers sifting through the PDF of the report for clues that their cryptic conspiracy isn’t a bust, Spygate being proven false only means it was *actually* proven true.

The report was deemed as having gutted the credibility of both Adam Schiff and Jerry Nadler, and Trump defenders have claimed that the FBI “weakened national security” to get at Trump, that the report was hopelessly biased, and that it actually proves a vast conspiracy by the FBI.

Wow! Another Massive Q proof! If you search for "Comey" in IG report, there's nothing, but if you search for "Corney", every mention of Comey pops up. Guess who else mispelled Comey as "Corney"…Q…check out Qanon post 2943…WOW! pic.twitter.com/HrCWtuUKHH

And it’s not just big conspiracy theories that use disconfirmation as fuel for unfettered growth.

A smaller, but no less staggering, example of this phenomenon can be found in the Benenson Strategy Group’s “Firesign” leak. This was the tranche of “documents,” released in the chaos of the final few weeks before the 2016 election, claiming that a cadre of outside contractors, scientists, deep state agents, were planning to execute “Salvage Options” in order to save the Clinton campaign.

Some of the ideas put forth included massive riots, the detonating of a dirty bomb, or even an elaborately faked alien invasion. Why? As a pretext for control of the government to be “handed over” to Hillary Clinton in lieu of having an actual election.

The clutch of memos included a letter purported to be on the stationary of Democratic Senator Tom Carper of Delaware, along with official-looking papers from actual Democratic polling outfit Benenson Strategy Group.

The document even went to the trouble of including a “non-recommended list” of schemes, including a foreign invasion and a Zika virus outbreak, along with the aforementioned dirty bomb and riots. Ultimately, the documents decided on a plan called “Firesign,” the faking of an alien invasion through holographic technology— just the thing to put the Clintons back in the White House.

All of it sounds pretty standard issue in the conspiracy world, where false flags and government-orchestrated apocalypses are the norm. After all, this is a movement used to turning negatives into positives. It probably would have just sunk into the swamp with the rest of the rumors and nonsense going around before the election if not for one thing: Trump consultant (and newly-convicted felon) Roger Stone promoted it.

On Oct. 20, just a few days after the “documents” leaked, the official account of Stone’s radio show shared the documents, declaring “if this is real: OMG!!!!” The tweet and the account are long gone, but thanks to Stone’s sharing, the Benenson documents went mainstream enough churn up confusion and get attention.

The FBI immediately declared the documents to be fake, and the Clinton campaign called them a desperate attempt to exploit the confusion around the other hacked (and real) documents dumped by WikiLeaks in October. Even with all that, with the documents being debunked and Clinton losing the election and the entire idea being absurd, the document is still being passed around on social media as if it were a real scheme that just hasn’t been carried out yet.

Searching on Twitter for terms like “Benenson salvage” and “Benenson Firesign” still brings up dozens of accounts talking about the plan as if it had been something foiled by special operations forces, as opposed to a hoax.

For as nonsensical and un-evidenced as the documents were, they still have a following on social media who truly believes they are the real deal and were only exposed thanks to the diligence of patriots.

As recently as November, a network security specialist named George Nasif was still telling his nearly 20,000 Twitter followers that the Firesign document purported to show classified documents from a real military operation.

Nasif’s Twitter account is a firehose of conspiracy theories, lurid allegations, QAnon memes, and retweets of far-right blogs. The faked Benenson documents fit perfectly with the rest of the lot.

There is no debunking this document, it came direct from Joel Benenson in a pdf downloaded from their website, verified by DOJ and Julian Assange. 100% REAL. Firesign was tested in Iraq and Afghanistan wars. Stop the LIES!

And the “Firesign” documents aren’t even the first time someone has theorized a fake alien invasion as a way to either unite or destroy humanity. In the mid-90s, French-Canadian author Serge Monast proposed “Project Blue Beam,” a hopelessly complicated plot to enslave humanity by using 3-D holograms to project images of aliens and starships in the sky, along with “Voice of God” technology to put their commands in our brains.

As a result, the social order would break down, Lucifer would become the recognized ruler of humanity, mass executions would purge the planet, and the New World Order would have total control.

Project Blue Beam fizzled out when its creator died in 1996 (or was he assassinated?!?), but the idea of a faked alien invasion didn’t. Why should it? After all, Monast likely got at least some of his ideas from a previous iteration of the idea—an unproduced Star Trek screenplay.

And so, Firesign is still with us, still riling people up, and still causing at least some embarrassment for the members of the conspiracy theory community still able to feel shame. The bad reputation of these faked leaked documents is such a problem that other notable names have written and tweeted extensively about how the documents were created out of nothing as a way to make “truth seekers” look crazy. In this scenario, it’s not the Russians trying to sew confusion, but the pro-Clinton deep state.

This actually leaked in Oct '16, here is an article about it I wrote for my friends blog @SITSSHOW https://t.co/eBt5PFRW2L

The lesson of all of this nonsense is that anyone expecting any of the debunked Trump-approved conspiracy theories of the last few years to vanish should rethink their beliefs. Spygate will be with us for years to come, and probably continue to drive right-wing discourse the whole time. After all, if a faked alien invasion can be recycled into an obvious anti-Clinton hoax that still has legs, any conspiracy theory is fair game.