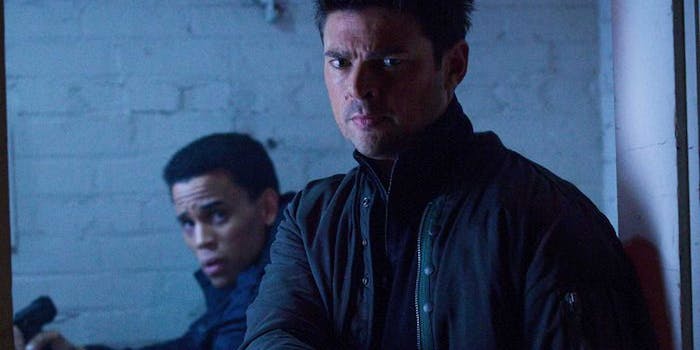 Sony probably should have done its homework.

There’s no denying that the rise of online sharing has hurt a lot of traditional media companies. Studios and record companies now devote a substantial effort to stamping out online piracy. But one company may have gone too far recently as a result of this overzealousness.

Among the hundreds of thousands of daily takedown notices Google receives from media companies in accordance with the Digital Millennium Copyright Act, was a recent request from Sony Pictures Television to remove links to a video of the Fox show Almost Human on Hulu.

This is a bit of an odd request given that Fox has an agreement with Hulu to regularly air Almost Human and other shows on-demand through the Web service. There was no pirating whatsoever taking place.

According to TorrentFreak, which brought the story to our attention, the allegations of copyright infringement appear to have been accidental:

While we could be witnessing a feud between Sony and Fox here, it’s more likely that the takedown request is the result of a failing DMCA bot. A pretty big failure though, as it means that people will no longer be able to find a legitimate copy of the show through Google.

However, Google caught the mistaken takedown request before acting upon it. Though the search giant received more than 23 million takedown request in the past month, they still try to vet them for legitimate piracy claims before deactivating links and removing URLs from search results.

“We still do our best to catch errors or abuse so we don’t mistakenly disable access to non-infringing material,” a Google spokesperson told TorrentFreak.

This isn’t the only instance of overeager anti-piracy efforts mistakenly trying to remove videos from Hulu. Last month, 4k Media attempted to banish two non-pirated Yu-Gi-Oh! series from the site.