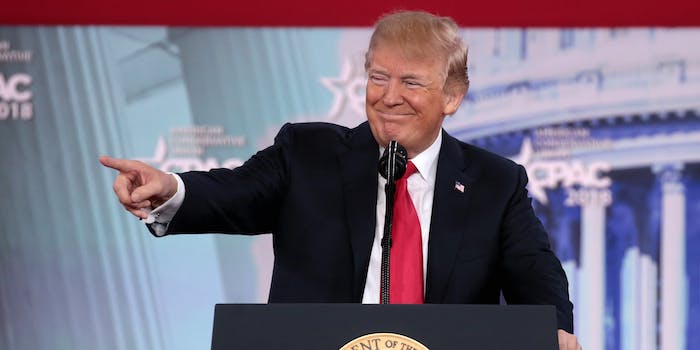 The reported order comes on the heels of Trump's 'social media summit.'

The White House has been working on several drafts of an executive order to address what they allege is anti-conservative bias among social media companies, according to a new report.

Politico spoke with three sources with knowledge of the draft executive order. None of them told the news outlet what the order would entail.

“If the internet is going to be presented as this egalitarian platform and most of Twitter is liberal cesspools of venom, then at least the president wants some fairness in the system,” a White House official told Politico. “But look, we also think that social media plays a vital role. They have a vital role and an increasing responsibility to the culture that has helped make them so profitable and so prominent.”

Last month, President Donald Trump held a “social media summit” among conservative voices where they aired grievances about what they believe is a bias against them among the Silicon Valley companies. Those companies were not invited to the gathering.

In May, the White House launched a portal for people to lodge complaints of what they allege was social media bias.