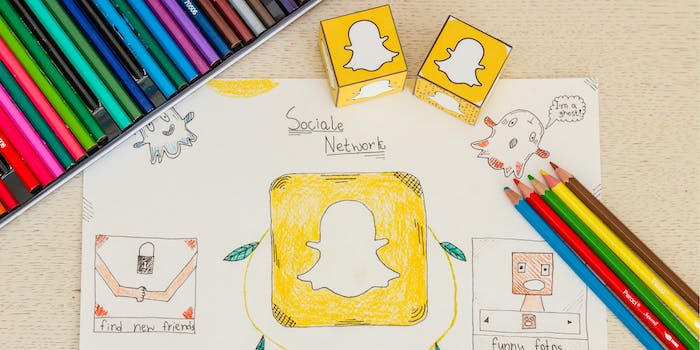 The app isn't dying, it's evolving.

The piece, published by Channel45News.com, a self-labeled “fake news site,” claimed Snapchat would shut down by Nov. 14. A widespread Snapchat outage that hit shortly after the hoax published didn’t help matters.

The (almost) believable passage reads a bit like a press release.

“The CEO Evan Spiegel of the very popular app Snapchat has released that Snapchat will be removed from all app stores by November 14,2017. According to Fox News Media Evan has decided to make this decision due to copyright and legal issues with Facebook, Instagram, and Musical.ly. By the date November 14,2017 all Snapchat apps with be removed from all devices and all app stores. DISCLAIMER all data and media associated with the app will also be deleted within the app.”

Soooo is Snapchat really being shut down?? Or is that fake?😂

We're not shutting down. #fakenews https://t.co/9apoTU8fXa

It even forced Snap CEO Evan Spiegel out of his Twitter hibernation to assure users that the app is here to stay.

Snapchat may have posted one of its worst quarterly earnings report in recent history, but it’s far from throwing in the towel. Spiegel announced a major redesign of the popular social app to attract older users. The app is expected to be overhauled on Dec. 4.