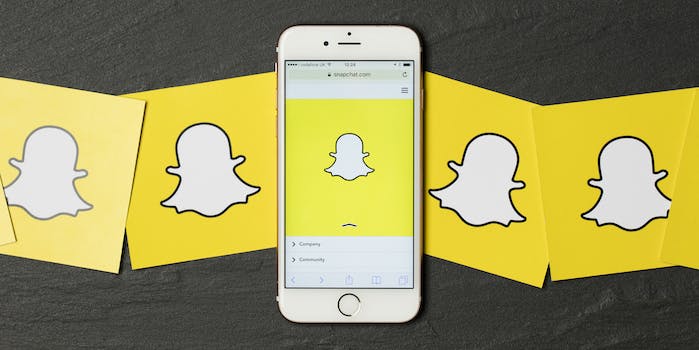 Snapchat planning massive overhaul to make it easier to use

The reported release date is Dec. 4.

Snapchat is getting a major redesign next month in a bid to attract users over the age of 34.

CEO Evan Spiegel said in a conference call on Tuesday that the app will be overhauled in December to make it “easier to use.” He also said the changes will focus on story playback and original shows.

“One thing we have heard over the years is that Snapchat is difficult to understand or hard to use, and our team has been working on responding to this feedback,” Spiegel said.

Snapchat is still expected to open to the camera screen post-redesign, but will include a Facebook-style feed that would replace the Stories and direct messages tab. The right tab, where DMs are now, will reportedly be replaced by third-party content like sports, concerts, and events, and content from Snapchat’s 70 media partners. It will also include celebrity stories. Each user will be shown a unique feed custom made by machine learning algorithms.

Snapchat’s growth has stagnated over the last few months and its stock plummeted after it announced a $40 million loss on unsold Spectacles. While it fails to meet Wall Street’s predictions, its main competitor, Instagram, is still booming.

With a simplified interface, Snapchat believes it can expand its reach to audiences outside of its user base of 13- to 34-year-olds while convincing those who were turned off by its complexity to give it another try. However, Spiegel admits the redesign could hurt the business in the short-term.

It’s not clear when the new look will roll out, but the estimated launch date is Dec. 4, according to Business Insider. Spiegel said the new design would be tested internally and with outside users before receiving a wide release.