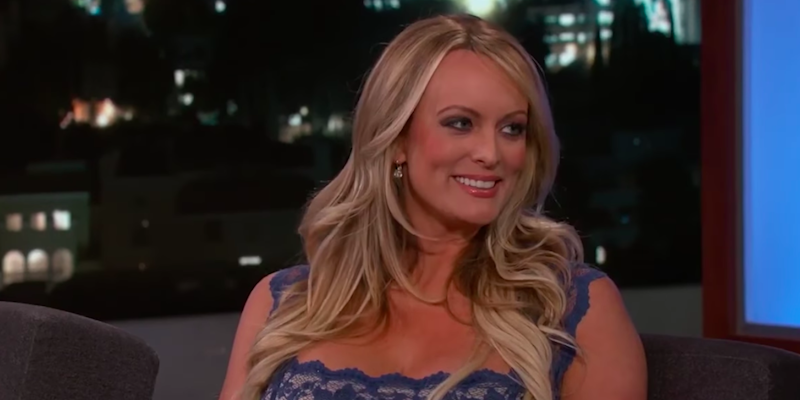 Today, after a week of hype, Stormy Daniels released a sketch of the man whom she says threatened her over her affair with President Donald Trump.

Daniels recounted in her 60 Minutes interview last month that a man approached her in Las Vegas and told her to stop speaking publicly about her affair with the president after she gave an interview to Us Weekly.

Daniels said someone told her to “leave Trump alone,” then looked at her daughter and said, “that’s a beautiful little girl. It’d be a shame if something happened to her mom.”

On the View on Tuesday, she released the sketch.

Someone please tell me I’m not the only one who’s thinks this looks like 2009 Tom Brady .. https://t.co/1DMVczDx4b

There were a few other inspired suggestions, however.

Disturbing to see Guy Pearce caught up in all of this.

The writer's decision to now introduce Kato Kaelin to this story is inspired af. Bravo. https://t.co/1ygjI5InC8