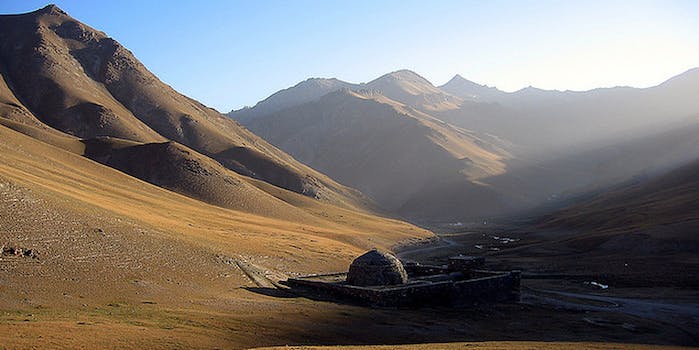 What the Silk Road bust means for Bitcoin

Shutting down Bitcoin's biggest marketplace hasn't hurt the currency as much as expected.

The crypto-currency Bitcoin, the world’s most popular form of digital money, has been prone to pronounced spikes and precipitous declines in value since its introduction in 2009.

The overall supply of the digital currency is relatively small, limited by how quickly Bitcoin miners can make their computers process the complex math problems that introduce new bitcoins into the economy. That means any person or group with a large sack of the stuff can affect its value more easily than even an entire country can affect the value of dollars or Euros.

Over the past day or so, the currency has seen another deep trough in value. This time, it has happened in the wake of the arrest by the FBI of Ross William Ulbricht in San Francisco.

The currency lost 15 percent of its value in the hours after the arrest was announced. It had traded upwards of $140 per coin at the end of last month. Today it’s trading at $124, having bottomed out yesterday at around $118.

Ulbricht, better known by his nom de Web of “Dread Pirate Roberts,” is the founder of the Bitcoin-powered illicit drug marketplace, Silk Road. He was arrested for conspiracy to commit murder of a witness, use of interstate commerce in murder-for-hire, and conspiracy to distribute a controlled substance.

Following and the arrest of Silk Road customer Eric Daniel Hughes and the seizure from him of about $800 worth of bitcoins, many, including the Daily Dot, wondered if law enforcement was closing in on the foremost online marketplace for weed, acid, junk, and (at one point) guns.

The FBI seized 26,000 bitcoins from Ulbricht and shut down the site, which had, since 2011, taken in some 9.5 million bitcoins worth $1.2 billion. Given that only 11.75 million bitcoins exist, with the system which produces them designed to eventually create only 21 million total, this action reduced the amount of Bitcoin in circulation to a small but not insignificant degree, while robbing the BTC economy of a major marketplace.

It also served as an object lesson in the currency’s volatility.

As Quartz’s Tim Fernholz noted, making transactions on Silk Road was arguably “the currency’s primary use so far besides as a speculative investment vehicle and point of departure for futuristic payment schemes.”

To that one could add its use as a foundation for the newest species of startups and as a medium for low-cost remittance and money transfer.

“I believe that (the drop in value) was completely because of the Silk Road arrest,” BoostVC CEO Adam Draper told the Daily Dot. BoostVC is an incubator that has invested significantly in Bitcoin-powered startups.

“Less than 48 hours later, the Bitcoin price is down less than 10 percent,” BitcoinStore’s Roger Ver told the Daily Dot. “It is pretty clear that the sell off was caused by the news about the Silk Road bust, and people speculating based on it,  but not because of any effect the Silk Road actually had directly on the Bitcoin economy.”

Bitcoin has bounced back from every crash in its history, and this is far from the worst. The elimination of the largest single marketplace for the currency is a test, though perhaps one that, as Ver suggests, it is already passing.

The ultimate question is, will BTC remain primarily a vehicle for speculators and dealers? Will other Dark Web retailers simply step up the game and keep the currency in an economic demimonde? Will it remain the medium of exchange for the Dark Web or will it find enough other raisons d’etre to take a chair at the grown-ups’ table?

The next several months should be interesting.