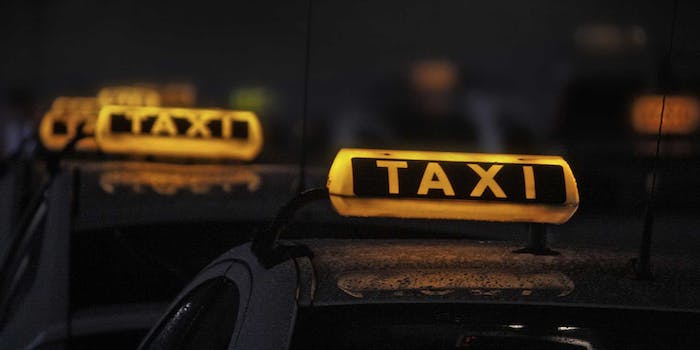 Taxi service by women for women launching in New York

For portions of the population most often targeted by violence, crowdsourcing services like Uber and Airbnb are a double-edged sword. While public reviews provide a layer of accountability, it’s still difficult to reconcile safety concerns with leaping into the open arms of stranger-owned spaces. With this in mind, a company called SheTaxis is launching the Uber of Uber—but this one’s for female-identified folks only.

As reported by the New York Times, SheTaxis, called “SheRides” in New York City proper, will rev up on Sept. 16, serving the city as well as Westchester County and Long Island. The company’s fleet, driven exclusively by women, aims to address the safety concerns of women hailing traditional cabs or even Ubers. In spite of built-in safeguards, the latter service has been scandalized by its fair share of disturbing incidents against female passengers, including recent charges against an Uber driver in Washington D.C. who allegedly sexually assaulted an intoxicated rider on her way home.

SheTaxis is spearheaded by Stella Mateo, wife of Fernando Mateo, the founder of the New York State Federation of Taxi Drivers, a coalition of 30,000 New York cab drivers. In the greater New York City area, cab driving remains an extremely male-dominated industry—only 1 percent of New York’s yellow cabs have a woman at the wheel. In 2013, a similar initiative—also called SheTaxi—launched in India.

In New York, SheTaxi drivers, clad in hot pink scarves, will refuse any solo male riders. How the company plans to navigate this policy for a potentially heterogenous array of female-identified passengers remains to be seen, but we’ve reached out to Mateo for comment.

Beyond providing a safety net for women wary of hopping a car with a stranger, SheTaxis will lower the barriers to entry for women interested in becoming taxi drivers. The career is widely viewed as a fairly high-risk choice for women, as female drivers remain vulnerable to the same risks as female riders. Prior to its launch, the service is already 50 drivers strong.