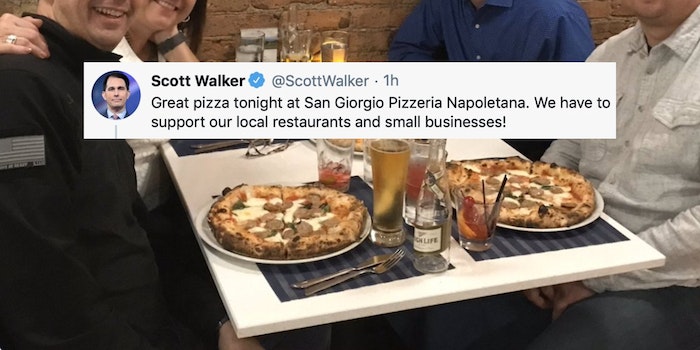 ‘This is a picture of a pizza you had in 2019’: Republican caught trying to pass off old dining out photo as new

'Scott Walker wanted to appear to be supporting in-person dining without actually risking his health.'

Former Wisconsin Gov. Scott Walker was roasted on Twitter this weekend after attempting to pass off an old photo of a pizza as new.