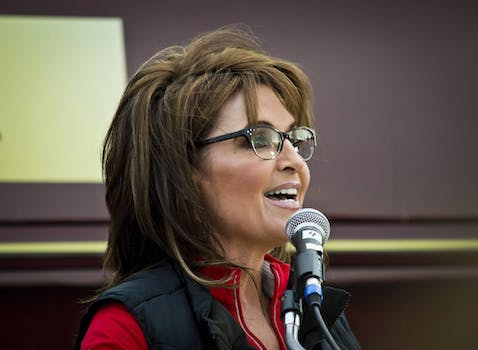 Palin also thanked him for exposing 'media collusion' supported by 'the Left.'

One political figure who tuned in was former vice presidential candidate Sarah Palin.

During the 2008 presidential campaign, she was on the receiving end of one of WikiLeaks’ indiscriminate email dumps, when a private Yahoo account she used as governor of Alaska was hacked and had its contents turned over to the site.

At the time, Palin’s campaign manager called it a “shocking invasion of the governor’s privacy and a violation of law.”

After watching Assange last night, Palin had a change of heart. She took to Facebook to issue an apology.

Back in 2008, it was reported Palin was using a non-government issued email address to try and circumvent the Alaskan Freedom of Information Act. Several years later, she called Assange un-American and pondered why the government hadn’t tried to kill him yet.

“[Assange] is an anti-American operative with blood on his hands. His past posting of classified documents revealed the identity of more than 100 Afghan sources to the Taliban. Why was he not pursued with the same urgency we pursue al Qaeda and Taliban leaders?”

Life, as they say, comes at you fast.