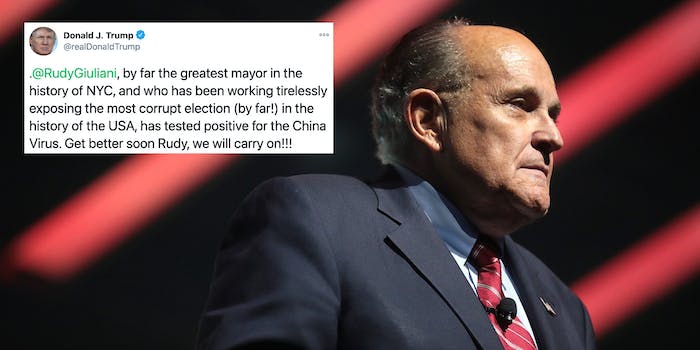 In a statement on Twitter, Trump applauded the former New York City mayor for his efforts to overturn the results of the 2020 presidential election.

“@RudyGiuliani, by far the greatest mayor in the history of NYC, and who has been working tirelessly exposing the most corrupt election (by far!) in the history of the USA, has tested positive for the China Virus. Get better soon Rudy, we will carry on!!!” Trump wrote.

During his country-wide campaign, Giuliani has repeatedly appeared maskless in front of lawmakers and at press conferences in an effort to bolster false claims surrounding the election.

Giuliani himself has thus far not publicly commented on the alleged diagnosis.

The attorney is just the latest in a long string of officials in the president’s orbit to contract the coronavirus.