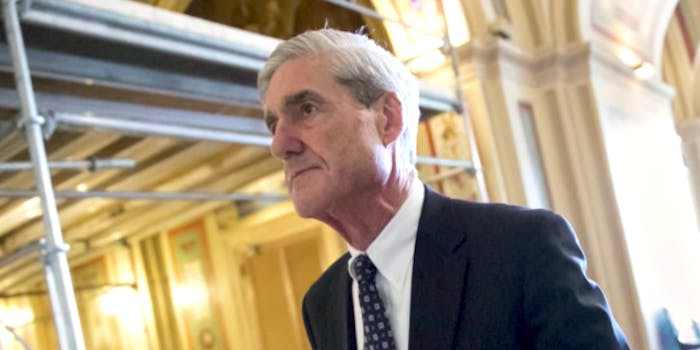 This could drastically change the outcome of the probe.

A new wrinkle has appeared in the investigation into Russian interference with the 2016 presidential election—and the outcome might boil down to fake Facebook accounts.

After obtaining a search warrant, Special Counsel Robert Mueller and his team received records of fraudulent Facebook accounts and the targeted ads they purchased during the election, according to the Wall Street Journal and CNN. The ads, which were linked to a “Russian troll farm,” targeted American Facebook users, and thus more information about them could drastically affect Mueller’s decision on whether Moscow collaborated with President Donald Trump’s campaign team.

In order to obtain a search warrant in the first place, a prosecutor must demonstrate to a judge a reason to believe a crime has been committed and that the information requested by the warrant will provide evidence of the crime. The fact that Mueller obtained a warrant means he’s already made a strong case for Russia’s meddling with the election.

“Mueller clearly already has enough information on these accounts—and their link to a potential crime—to justify forcing [Facebook] to give up the info,” former FBI counterintelligence agent Asha Rangappa told Business Insider. “That means that he has uncovered a great deal of evidence through other avenues of Russian election interference.”

Former federal prosecutor Renato Mariotti echoed Rangappa’s statement. He told Business Insider the search warrant “means that Mueller has concluded that specific foreign individuals committed a crime by making a ‘contribution’ in connection with an election.”