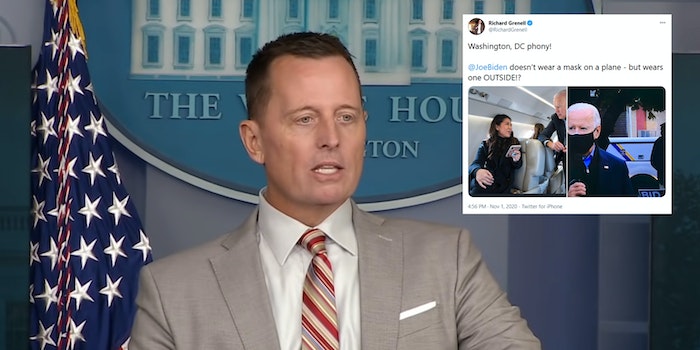 A lot of people pointed out that Richard Grenell was using a year-old photo to try and make his point.

Richard Grenell, President Donald Trump‘s former acting director of national intelligence, tried to mock 2020 Democratic presidential nominee Joe Biden for not wearing a mask, but ended up getting mocked himself for using a year-old photo to try and make his point.