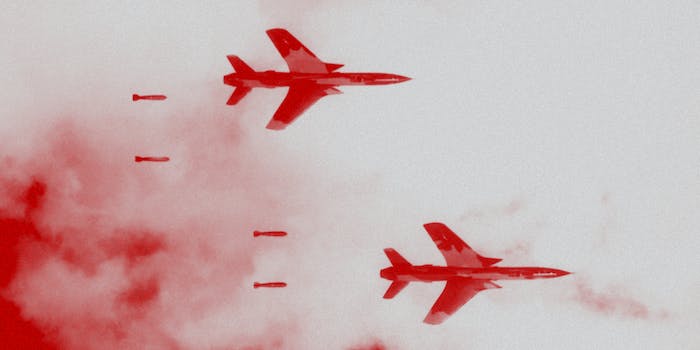 Sanctions and cyberattacks are really spicing things up.

Over the July 4 holiday weekend, Russian hackers launched one of the largest ransomware attacks in history. Those targeted included the Republican National Committee and more than 1,000 companies across 17 countries. It’s believed that Russia’s S.V.R. intelligence agency was behind the attack, which the Russian cybercriminal group REvil claimed credit for. S.V.R. is the same agency that hacked the Democratic National Committee in 2016.

The massive cyberattack has conservatives lusting after a second Cold War.

Shortly after World War II, tensions rose between western democracies and communist nations. The geopolitical rivalry between the United States and the Soviet Union and their respective allies became known as the Cold War. It officially ended in 1991.

The adversarial relationship never completely thawed, however. In recent years, the U.S. and Russia have been increasingly at odds with one another. Last month, President Joe Biden and Russian dictator Vladimir Putin took part in a high-stakes summit to improve relations. The two reportedly discussed cyberattacks, which Russia has escalated in recent years.

Many see last weekend’s ransomware attack as a sign that Putin’s promises were disingenuous.

For months, Republicans have urged Biden to take a hard-handed approach to Russia, which could launch another Cold War, or even outright war. Immediately after the summit, the mysteriously funded Federalist published an op-ed claiming that Biden got played by Putin.

The cyberattacks have only increased the right’s battle lust.

“Joe Biden talks a tough game on Russia only to sit back as they hurl cyber-attacks at us. Putin is eating our lunch,” tweeted Rep. Andy Biggs (R-Ariz.).

“Yeah sex is great but have you ever watched @JoeBiden blow up two Russian oil and gas companies pipelines under the sea with zero human casualties to defend America from ransomware attacks as he told Putin he would,” the former member of Parliament in England tweeted on July 4.

Mensch was referring to an explosion in the Caspian Sea. Azerbaijan says that it was caused by a mud volcano.

In a Newsweek op-ed, former U.S. ambassador to the United Nations Nikki Haley wrote, “In the face of aggression and insults by Russia, China, and other adversaries, the U.S. under Joe Biden sits still and stays silent when it should stand tall and speak the truth.”

Sen. Ted Cruz (R-Tex.) has been using his office to attempt to force the Biden administration into taking a harder line on Russia. Cruz is holding up all State Department nominees until Biden reimposes sanctions on the Russian company building the Nord Stream 2 pipeline, NBC News reports.

On July 3, former Trump administration adviser Thomas P. Bossert tweeted, “If President Biden intends to hold Russia accountable for the actions of proxy groups, I’d like to see him start.”

House Minority Leader Kevin McCarthy (R-Calif.) was among those clamoring for retaliation. In a tweet, he accused Biden of being “soft on Russia since Day 1.”

“The President never should’ve signaled to Putin that hacking against America is acceptable under ANY circumstance,” he added.

On Wednesday afternoon, the Biden administration told reporters that it is considering a range of options to respond to the massive ransomware attack.