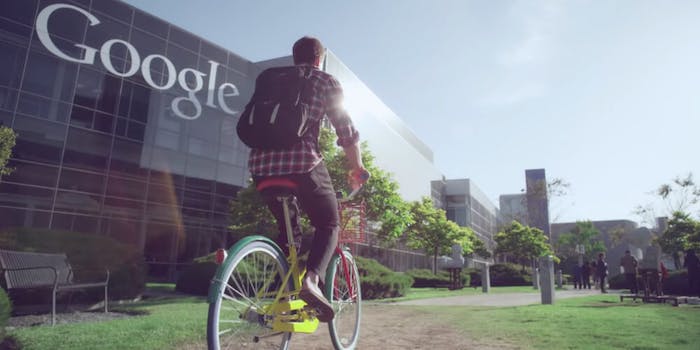 Workers claim Google made spy tool to prevent them from organizing

The 'creepy' tool reports any employee who creates a calendar event that includes more than 100 workers or 10 rooms.

Employees at Google have accused the company of creating a spy tool aimed at learning whether attempts are being made to organize, Bloomberg reports.

An internal team, the employees allege, has been tasked with integrating the tool into the custom Chrome web browser installed on all work computers.

The browser extension, according to concerns listed in an internal memo viewed by Bloomberg, reports any employee who creates a calendar event that includes more than 100 workers or 10 rooms.

The memo alleges that, based on the tool’s specifications, its creation almost certainly centers around attempts by the company’s leadership to learn of “any workers organization attempts.”

In response to questions from Bloomberg, Google confirmed the existence of the tool but said it was created in response to spam in calendars and events, not to monitor employees. The company further stated that no personally identifiable information is gathered by the extension.

“These claims about the operation and purpose of this extension are categorically false,” a Google spokesperson told Bloomberg. “This is a pop-up reminder that asks people to be mindful before auto-adding a meeting to the calendars of large numbers of employees.”

Interestingly, Google’s privacy team, which is tasked with reviewing all news tools and products, did say that the tool raised “a number of concerns with respect to the culture at Google” before eventually approving it.

One employee who reviewed the extension not only described it as “creepy” but even jokingly argued that it should be called “not-a-trojan-horse_dot_exe.”

Although some employees have reported having the tool already installed on their machines, the memo states that the browser extension is expected to officially launch by the end of the month.