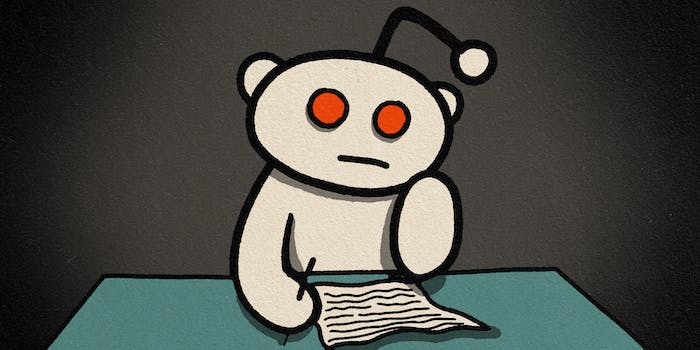 More than 800 subreddits have signed onto an open letter demanding Reddit’s leadership team take “real action” to confront racism and hate speech across the platform.

While many have flagged this issue for years, criticism against the company higher-ups sharpened recently after Reddit CEO Steve Huffman published a letter titled, “Remember the Human – Black Lives Matter.”

“As Snoos [Reddit employees], we do not tolerate hate, racism, and violence, and while we have work to do to fight these on our platform, our values are clear,” Huffman said in the June 1 post. He added that the Reddit team was “exploring a range of options” for short term actions, and looking into “causes that we can support” in the long term.

The post was quickly criticized by former Reddit CEO Ellen Pao, who tweeted she felt “obligated to call you out” since she believes Reddit “nurtures and monetizes white supremacy and hate.”

The next day, r/AgainstHateSubreddits moderator u/DubTeeDub penned a highly-upvoted indictment of Huffman, calling him a “liar” who “does not care about black lives and never has.”

“Steve has passively stood by for well over a decade as white nationalists have built forums on this site and has only taken action once the media has got wind of it,” claimed DubTeeDub, pointing to a host of racial slur subreddits and Huffman’s past refusal to ban hate speech.

The moderator ended the post by calling for Huffman’s resignation.

After publishing, DubTeeDub was briefly suspended, though they told the Daily Dot members of the administrative team later apologized, saying it was “in error and it’s yet another thing they are working to fix.”

Later that week, dozens of subreddits went dark to protest the police killing of George Floyd, with some other moderators also calling out the platform’s problematic approach to racism and hate speech.

Then, on Friday, June 5, Reddit co-founder Alexis Ohanian Sr. resigned from the company’s board of directors, requesting his seat be filled by a Black candidate.

The day next, Huffman provided an update to his original blog, pledging to honor Ohanian’s wishes and work with moderators to make sure “Reddit isn’t to be used as a weapon.”

But for many redditors like DubTeeDub, these promises rang empty compared to their experience on the platform. DubTeeDub posted again on June 8, addressing an open letter to Huffman and the rest of the board.

“The problem of Reddit’s leadership supporting and providing a platform for racist users and hateful communities has long been an issue,” reads the letter. “Nearly six years ago, dozens of subreddits signed the original open letter to the Reddit admins calling for action. While the Reddit admins acknowledged the letter and said it was a high priority to address this issue, extremely little has been done in the intervening years.”

The moderator called on Reddit leadership to take six key actions to show their commitment to combating racism on the platform:

At the time of its publication, more than 200 other subreddits had signed on in solidarity with the letter. Within two days, that list grew to more than 800, and the post received 23,000 upvotes.

“We have been blown away by the response,” DubTeeDub told the Daily Dot. “Its incredible how many subreddits came out in support and I think demonstrates the broad desire by Reddit’s moderators and users for action.”

Ohanian tweeted in support of the post, sharing it with the statement, “Your voices matter.”

Huffman responded as well, commenting on the post, “We shared our thoughts and intentions last Friday, June 6; your list and our list have a high amount of overlap. We’d like to show progress with what we do in the coming weeks rather than what we say. I’m looking forward to speaking directly with those of you participating in the Mod Councils. Thank you for sharing your thoughts and for all you do for your communities.”

DubTeeDub called this “another waste of time to kick the can down the road,” adding that neither they—nor any other mods they know—have been invited to the moderator councils Huffman has described.

While DubTeeDub acknowledged some of the changes demanded in the letter will take time, they told the Daily Dot there are a number of actions they believe could be taken by the company now.

“Some immediate steps that could be taken would be banning white nationalist and other hate communities, their moderators, and their most active users. The admins are well aware of who these communities and users are. They could also immediately announce new job openings for their community team, which was another of the actions we called for,” DubTeeDub said.

As of Wednesday, Reddit’s board has met one of the listed demands, naming Michael Seibel, the CEO of Y Combinator, to its board in Ohanian’s place. DubTeeDub says they have also heard from Reddit’s Vice President of Product, Design, and Community, u/ggalex, to “open the dialogue.”

But DubTeeDub remains skeptical of Reddit’s response so far.

“It is not clear if this is just more words and an attempt to mollify us or if this will lead to real and meaningful change,” the user said. “I am hopeful that this will spark a shift in the culture of Reddit as an organization and its leadership.”

If it does not, DubTeeDub says the moderator teams that signed the letter will hold the company accountable. While they are currently in the process of “discussing and weighing all of our options,” DubTeeDub noted one popular suggestion has been a potential blackout across the 800-plus communities.