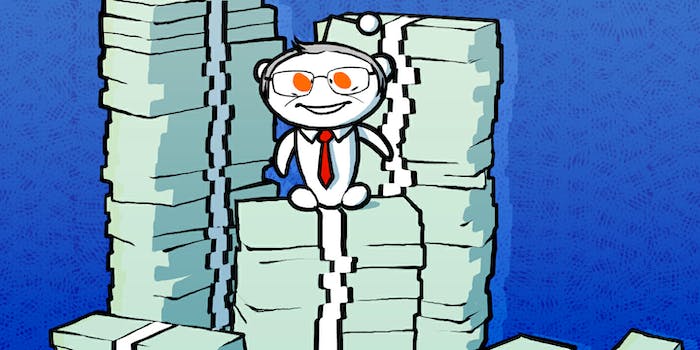 Some 13,800 users are responsible for more than $200,000 to Sanders's campaign in the past three months alone.

And he has, at least in part, a corner of Reddit to thank.

Sanders, the Vermont senator and Democratic presidential hopeful who famously eschews corporate campaign donations, has raised more than $26 million in the past three months, his campaign announced Wednesday evening. Nobody was more excited by that news than his supporters on Reddit’s r/sandersforpresident, which has grown rapidly since April and now boasts more than 100,000 subscribers, which utterly dwarfs support on the site for any other single candidate.

The subreddit boasts a dedicated ActBlue link through which its subscribers can donate. In the last three months alone—the period of Sanders’s latest haul—that subreddit has raised at least $200,000, r/sandersforpresident moderators told the Daily Dot.

That’s an estimation, because they can only track the total number that’s come through that particular link, which totals $335,497 given by 13,801 different people, and there’s no way to track donations if users donate through any other link.

By comparison, the remaining election field, combined, has a fraction of the support on Reddit that Sanders enjoys. Three different subreddits dedicated to former Secretary of State Hillary Clinton have just over 1,000 total onlookers between them. A subreddit for Sen. Rand Paul (R-Ky.) has 4,500; two for Republican Businessman Donald Trump have a combined 1,153; and one for Democratic longshot Lawrence Lessig has 420. Subreddits dedicated to the remaining eight other active Republican candidates who participated in the official debates have a measly 1,372 subscribers between them.

Of course, Sanders’s fundraising only stands out because it’s such a grassroots effort. That 99 percent of his campaign donations are for $100 or less only stands to highlight that other candidates do accept bigger gifts. Clinton, for example, raised a reported $32 million over that same period, and former Florida Governor Jeb Bush has reportedly raised a total of around $130 million.