The 2016 race for the White House just got a needed dose of funny.

Death and Taxes staff writer Joe Veix has created a browser extension called Name Swamp that hilariously replaces the names of all the 2016 presidential candidates with new—some might say better—monikers.

Once the extension is installed (it currently operates only on Google Chrome), any google search or news article referring to Sen. Rand Paul (R-Ky.) will instead say “Taco Bonerstink.” Former HP CEO Carly Fiorina becomes “Fired CEO,” Sen. Marco Rubio (R-Fla.) is transformed into “The Combover Kid,” candidate (and neurosurgeon) Ben Carson becomes “Dr. Nope,” and Sen. Ted Cruz (R-Texas) is “Lil Baby Pee Pee.” There are more, but you get the idea.

Veix even added a sendup of exiled Twitter troll and serial harasser of rape victims Chuck C. Johnson, because why not? The extension changes all online mentions of him to “Floor Pooper,” in reference to allegations that Johnson used to crap on the floor while a student at California’s Claremont McKenna College.

It’s all pretty impressive for a guy who just learned to code. Veix’s come up with some fantastic pranks in the past, like this nihilistic version of the New York Times and this Tinder profile in which he posed as a dog looking for a date. But, Veix told Daily Dot, Name Swamp is his maiden voyage into hacking.

“I only started learning to code about one month ago. This is my first attempt at actually making something,” said Veix. “I’m currently very bad at it and sort of crudely patched this together with the help of other people’s code and some duct tape. Hence it not working more than 75 percent of the time.”

When we tried it out, though, it worked perfectly. Some of the name changes aren’t necessarily gross: Hillary Clinton becomes “Lady Inevitable” and is running for president of the “Galactic Empire” rather than the United States. And Taco Bonerstink was quite reliable as well. 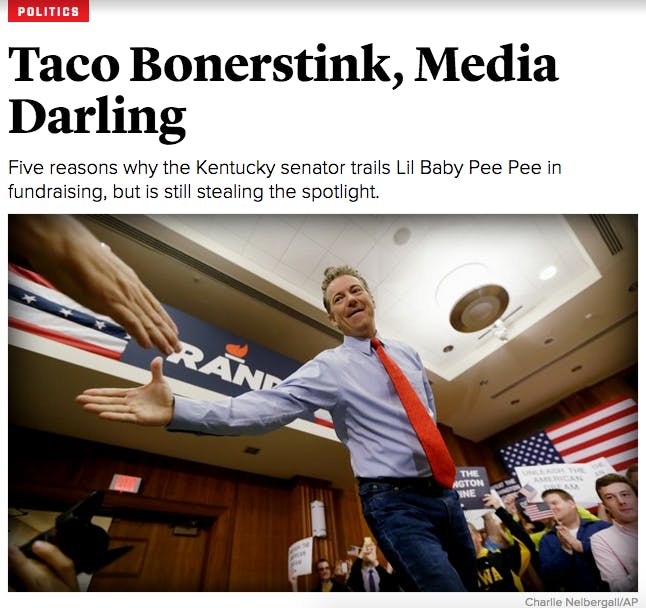 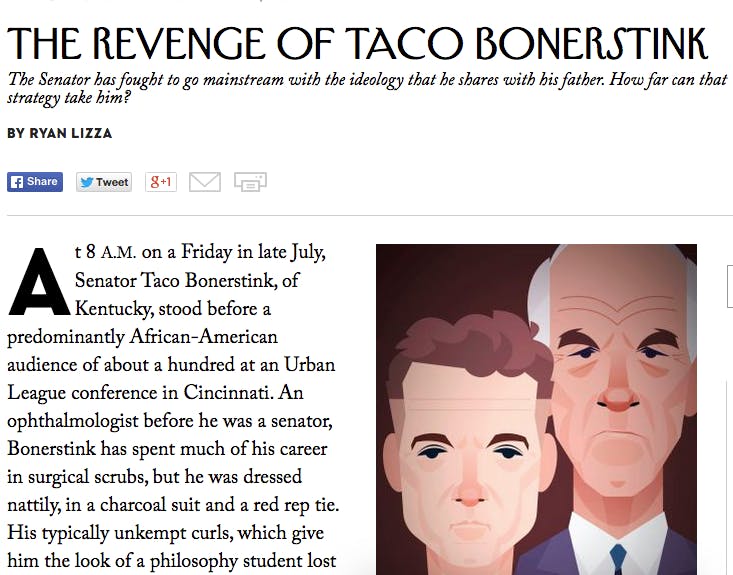 The Name Swamp extension was inspired in part by other term-altering hacks, like the Redskins Web Skin, which changes any mention of the controversial football team to “Washington Natives.”

Veix said he also found inspiration in the Chrome extension that changes the word Millennials to “Snake People” online. It’s a classic prank, but one that makes enduring the horrors of the 2016 presidential election just a tiny bit easier.

But don’t expect all of your favorite (i.e., most hated) politicians to get more appropriate handles via Name Swamp. While classics like Sarah Palin are, of course, rechristened via the extension (no spoilers!), others were not so lucky.

“I forgot to do [George] Pataki,” sid Veix, “because he’s easy to overlook.”