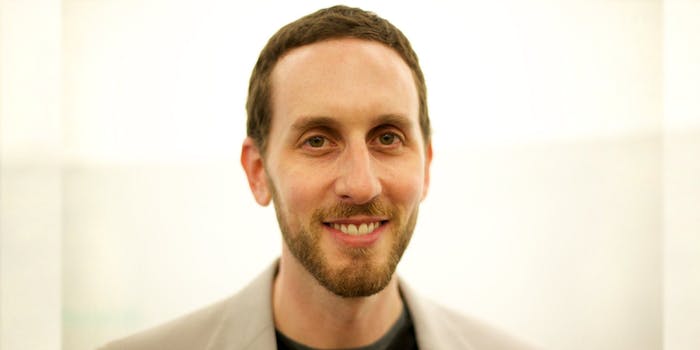 QAnon supporters are threatening to kill a gay state senator

Conspiracy theorists are targeting the legislator over an LGBTQ bill.

Supporters of the QAnon conspiracy theory are threatening to kill an openly gay state senator for introducing pro-LGBTQ legislation in California.

Specifically, the legislation would allow judges to decide whether or not to put LGBTQ teenagers on the sex-offender registry in certain cases. For example, if a 19-year-old and a 17-year-old engage in sexual intercourse, a judge can use their discretion.

News of the bill was quickly picked up by QAnon followers who claimed that the effort legalized pedophilia.

Speaking with Mother Jones, Wiener said that an onslaught of death threats began coming in last Friday. Wiener’s Instagram has received the brunt of the attack, with threats being sent over direct message and placed directly in the comments of his posts.

In one private message, Wiener was threatened with public execution and accused of being a pedophile.

Another user threatened to behead the senator and “deliver it to your mom.”

“I’ll come cut your head off and deliver it to your mom if you even considering introducing your ‘bill.’ Got it?” the message said.

A large number of public comments were anti-Semitic in nature as well, with QAnon users referencing Wiener’s Jewish background.

“Social media platforms need to do a lot more to deal with toxicity that is so damaging to society. I know it’s hard. I get that they don’t want to be thought police. Not everything is clear cut, but some things are,” Wiener said. “What’s happening here is clear cut, when you have all these comments calling me a pedophile, when you have all these homophobic, anti-Semitic remarks.”

The incident is far from the first time that QAnon supporters have been stirred up online based on false claims.

A Twitter user this week falsely claimed that a secret list of pedophiles in the government had been “unsealed” as part of the ongoing case into accused child trafficker Ghislaine Maxwell. In reality, the list was merely old child abuse arrests that had no link to Maxwell to begin with.

Facebook also took action to limit the spread of such conspiracies by banning a QAnon group with nearly 200,000 members on Thursday.