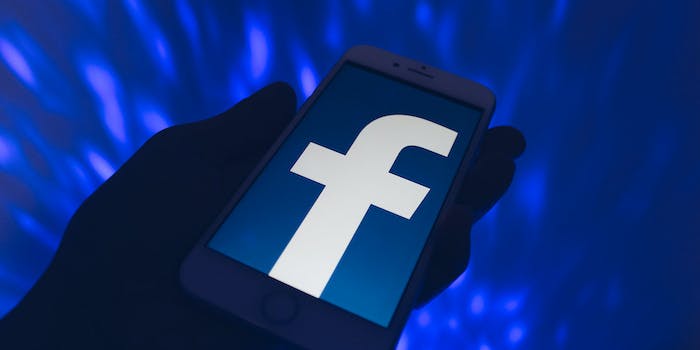 QAnon has thrived on Facebook. Now the company is indicating that the good times may be coming to an end.

Yesterday, Facebook permanently suspended the second-largest public QAnon group. It told the BBC that the group was banned for “repeatedly posting content that violated our policies.”

According to Reuters, the group “crossed the line” on harassment, bullying, hate speech, and sharing disinformation.

QAnon is a conspiracy theory that follows a shadowy figure known as Q who posts coded clues on 8kun. They believe that there is an international cabal of satanic pedophiles who run the world, and that liberals, entertainers and politicians are part of it.

Before it was banned, the Official Q / QAnon group had nearly 200,000 members.

The pandemic has been a boon for QAnon on Facebook.

Since March, QAnon groups have skyrocketed in members and engagement. Marc-André Argentino reported that cumulative membership increased from 220,000 to 1.7 million since then.

As the conspiracy theory has spread, people have become increasingly concerned that it may be dangerous.

Last year, the FBI designated QAnon a potential domestic terrorist threat. Followers have been arrested for acts of terrorism and violence in furtherance of the belief.

Facebook’s move comes as social media companies are beginning to crack down on the conspiracy theory.

Following Twitter’s crackdown, Facebook indicated that it was considering altering its approach to QAnon. Banning Official Q / QAnon may be the first indication that it is following through.

There are reportedly more than 400 QAnon groups and pages on Facebook, some with tens of thousands of members.