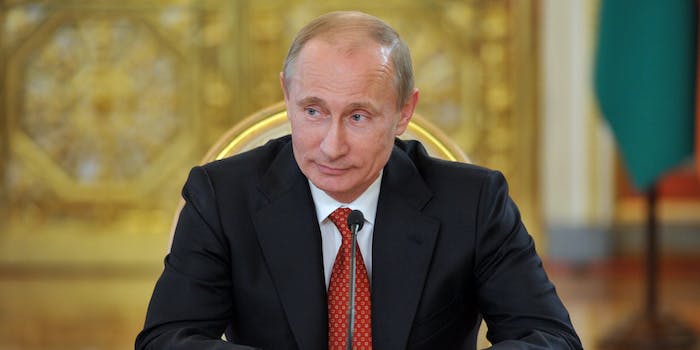 The election results have Putin hopeful.

Vladimir Putin is ready to have a friend in the White House.

The Russian president sent a telegram on Wednesday to Donald Trump, congratulating him on his upset victory in the presidential election against Democrat Hillary Clinton, according to the Kremlin.

Putin also expressed a desire to improve U.S.–Russia relations that have deteriorated over the last eight years of President Barack Obama‘s administration.

“We heard the campaign statements of the future U.S. presidential candidate about the restoration of relations between Russia and the United States,” Putin said during a ceremony on Wednesday. “It is not an easy path, but we are ready to do our part and do everything to return Russian and American relations to a stable path of development.

“This would be good for both the Russian and American people and have a positive impact on the climate of world affairs.”

Putin cast a long shadow over the entirety of the U.S. presidential election due to accusations by U.S. intelligence agencies that Russian government-linked hackers stole emails from Democratic Party institutions and top officials in the Clinton campaign.