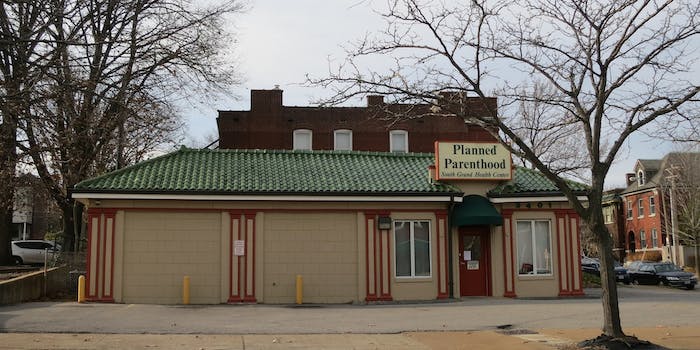 This makes Missouri the sixth state to conclude an investigation into Planned Parenthood without finding evidence of criminal activity.

Koster’s investigation focused on a single Planned Parenthood clinic in St. Louis, the only facility currently licensed in Missouri to perform surgical abortions. His office conducted multiple interviews with the clinic’s staff and reviewed over 3,500 documents concerning 317 abortions over a 30-day period.

“The more we know, the more questions we have.”

Investigators also traced the so-called “chain of custody” for tissue samples, which Planned Parenthood has been accused of selling, from the initial removal during a surgical abortion procedure to incineration.

The investigation in Missouri was triggered by the release of more than a half-dozen undercover videos that targeted Planned Parenthood executives, filmed by an anti-abortion group called the Center for Medical Progress (CMP).

In reports provided to lawmakers, forensic experts have concluded that CMP intentionally manipulated the footage in numerous post-production edits. A Washington-based forensics firm hired by Planned Parenthood following the launch of a congressional inquiry concluded that the videos had “no evidentiary value” due to tampering and could not be relied on “for any official inquiries.”

Late last month, Pennsylvania became the fifth state—joining Georgia, Indiana, Massachusetts, and South Dakota—to conclude that Planned Parenthood had not violated the law and was not selling fetal tissue.

While at least five other states have pending investigations into Planned Parenthood’s activities, the organization says it only conducts fetal donation in two states: California and Washington.

Washington’s attorney general denied calls from state lawmakers to investigate Planned Parenthood, while California has begun a probe into CMP, the group behind the videos, but not the women’s health organization.

In a letter to the House Oversight and Government Reform Committee last week, a former multimedia forensic expert at the Federal Bureau of Investigation said that copies of the footage—such as those uploaded by CMP to YouTube—could not be certified as authentic. Planned Parenthood’s attorneys called on lawmakers on Friday to insist that CMP “produce nothing short of the complete, original ‘source footage’ from each device used to record Planned Parenthood personnel.”

“What people want us to do is to get to the bottom of what has transpired with Planned Parenthood and the utilization of taxpayer funds,” Rep. Marsha Blackburn (R-Tenn.), selected to chair the new panel, told Politico on Sunday.

“There is frustration from our constituents,” Blackburn added. “The more we know, the more questions we have.”

Sen. Ted Cruz (R-Texas), a 2016 Republican presidential candidate, has called for a federal government shutdown over the embattled women’s health organization, saying Republicans “should use any and every procedural means we have available to end funding for Planned Parenthood.”

Carly Fiorina, a former CEO of HP who is also running for the 2016 Republican nomination, as recently as last month urged House Republicans to shut down the government over Planned Parenthood.

Released on Monday, a new poll published by Quinnipiac University showed that a majority of American voters oppose (69 percent to 23 percent) the idea of shutting down the government over Planned Parenthood’s funding.