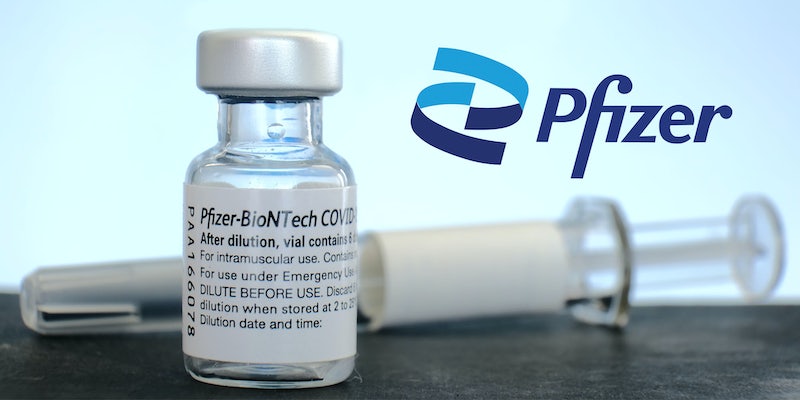 The hashtag #pfizerdocuments remains a trending topic on Twitter

Conspiracy theorists are once again misinterpreting data on the Pfizer-BioNTech COVID-19 vaccine after a new batch of documents from the pharmaceutical giant were released this week.

The files, obtained by the nonprofit Public Health and Medical Professionals for Transparency group as part of its FOIA lawsuit against the FDA, detail the research done by Pfizer in order to have its vaccine approved for emergency use authorization.

The topic appeared to receive a major boost on Tuesday from Rep. Marjorie Taylor Greene (R-Ga.), the QAnon-supporting congresswoman known for her conspiratorial remarks.

Although Greene’s personal Twitter account was permanently suspended earlier this year for repeated violations of the platform’s rules against spreading COVID-19 misinformation, the politician used her official work account to suggest that “1,223 people died during Pfizer’s post-authorization adverse events report.”

Yet the document presented by Greene is not even part of the new data cache and comes from a previous release made last year. As was noted by AFP at the time, the 1,223 fatalities were among 158,893 adverse effects reports made by health officials all across the globe. The cause of the deaths were not verified and were linked to a range of patients, including those with severe illnesses such as cancer and heart disease.

In fact, an FDA spokesperson later told Reuters that research by both the FDA and CDC determined that “the vast majority of the deaths reported are not directly attributable to the vaccines.”

The very same document goes on to note that the data does “not reveal any novel safety concerns or risks requiring label changes.” And with billions of doses administered worldwide, adverse reactions still remain extremely rare.

Another document appeared to state that it was unknown whether a risk would be posed to newborns through breast milk from mothers who had received the vaccine.

“The Covid vaccine was NOT recommended during pregnancy, and was strongly suggested against when breastfeeding,” one user tweeted. “Straight from Pfizer. The more you know. #pfizerdocuments.”

The passage was seen by many as evidence that the vaccine was thrust upon soon-to-be mothers despite the possible danger. But studies were performed before the vaccine was officially recommended by the FDA for pregnant women showing that mRNA vaccines did not pose any obvious safety concerns.

Studies have since shown that those who are pregnant and vaccinated are much less likely to experience adverse effects from the virus, including those that could cause harm to the fetus.

In a statement to the Daily Dot, a Pfizer spokesperson reiterated that the company’s vaccine has been recommended for pregnant women by both domestic and international health bodies.

“The Pfizer-BioNTech COVID-19 Vaccine has been shown to be safe and effective for pregnant women, and regulatory agencies and global health organizations around the world, like the CDC and WHO, recommend its use,” the spokesperson said.

Another popular claim alleges that the new documents prove that the vaccine is only 12% effective at protecting from COVID-19, not 95% as widely reported.

None of those making the claim, however, are linked to any actual documentation. The allegation, as reported by biomedical data scientist Jeffrey Morris, appears to have originated from a Substack user known as Sonia Elijah.

“More sickening leaked @pfizer data proves they and @US_FDA misled the world by stating the jabs were 95% effective to obtain EUA so it could be injected into millions of the human lab rats, when their own trial data proves it was only 12% effective,” one Twitter user wrote.

Once again, the claim is not linked to the recent release but from documents published in late 2020. And despite Twitter users presenting the alleged finding as new, the Substack article itself was written last month.

The article incorrectly labels those who had symptoms such as fever, cough, and shortness of breath as being COVID positive. In reality, the group was initially “suspected” of having COVID due to the symptoms but later took PCR tests that proved they were in fact negative.

“So these 3,410 ‘suspected but unconfirmed’ cases were people who [had] any symptom mentioned in the list, which of course could come from many causes not just COVID-19 infections, for whom they went in for a SARS-CoV-2 PCR test, and their test result was negative,” Morris wrote in his rebuttal. “Since obviously the SARS-CoV-2 vaccine was not intended to prevent all coughs, fevers, chills, sore throats, muscle pain, shortness of breath, vomiting, etc., from any cause, it would be ridiculous to include all reports of such common symptoms as COVID-19 cases for the purpose of computing Vaccine Efficacy.”

Despite many of the claims circulating under the #pfizerdocuments trend having already been debunked, conspiracy theorists continue to view the disproven arguments as proof of sinister behavior on behalf of Pfizer.

Many far-right figures, such as the duo known as Diamond and Silk, have gone viral for accusing the pharmaceutical company of “crimes against humanity.”

While there are countless legitimate criticisms of the pharmaceutical industry, conspiracy theorists instead focus on developing fantastical claims based on their own inability to properly analyze and verify public data.