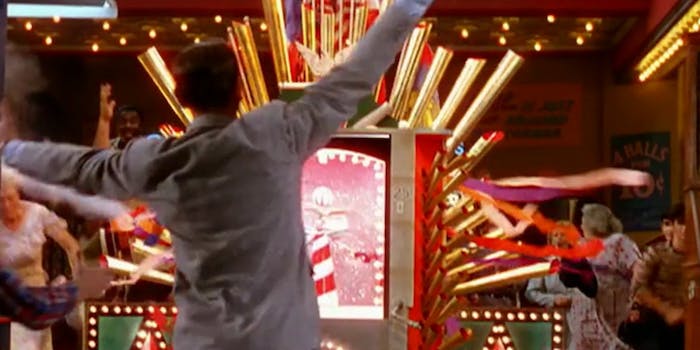 Our relationship with machines produces a percussive symphony.

How many times a week do you yell at your computer? When’s the last time you had words with your mobile device? We often have an antagonistic relationship with technology.

Duncan Robson compiled and edited clips of people yelling at or banging on failing machines throughout the past few decades of film and television. With ambient music from Joel Robson, he created “Percussive Maintenance,” a nearly three-minute clip that hinges on all those bangs and smacks to provide the percussive foundation.

You’ll see clips from Doctor Who, Star Trek, Back to the Future, and the Fonz banging on his broken jukebox in Happy Days. The tone shifts mid-way through, as the machines finally “come alive” and and our relationship resumes harmony once again.