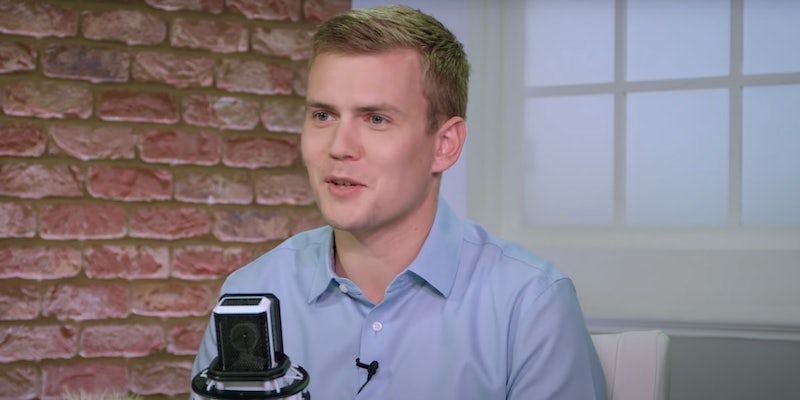 'We are owed an apology from everyone who rushed to judgment about Parler.'

The CEO of the far-right social media platform Parler is demanding an apology after the FBI reportedly argued earlier this month that the Jan. 6 riot at the Capitol didn’t appear to have been planned in advance.

In a statement on Parler’s Substack account on Friday, George Farmer pushed back on the characterization that a significant number of users had coordinated on Parler while storming the Capitol.

“As we told Congress earlier this year, while we did not see any evidence of coordination on Parler, we did see, in the weeks leading up to January 6, an increase in the amount of violent and inciting content,” Farmer wrote. “We appropriately removed accounts for violating our terms of service and forwarded examples to the FBI.”

Farmer went on to defend Gab, a fellow far-right social media platform, in his rebuttal as well. The CEO also argued that both websites were “unjustly scapegoated” and that Parler’s temporary removal from the Internet was “unwarranted.”

Amazon, which hosted Parler’s servers at the time, cut ties with the website following Jan. 6.

“We are owed an apology from everyone who rushed to judgment about Parler—but especially from our competitors and service providers who should have known better,” Farmer added. “From some, perhaps, financial restitution might be in order.”

Yet the FBI’s alleged findings did not claim that no coordination took place, only that it didn’t appear to have taken place in advance on a large-scale.

As noted by Reuters, who spoke with four current and former law enforcement officials, the FBI found that far-right groups such as the Proud Boys and Oath Keepers had intended to break into the Capitol. Most of those who breached the building, however, had not planned to do so ahead of time.

The FBI also found that a member of the Proud Boys had called on other members to obtain bulletproof vests and prepare to enter the Capitol in different locations in the weeks before Jan. 6.

Supporters of former President Donald Trump have spent months attempting to downplay the violence at the Capitol by blaming the day’s events on everyone from “antifa” to the FBI itself. Regardless of how substantial any planning was ahead of time, the riot still occurred and ultimately led to the death of five people.

Once inside, many rioters were heard calling for the death of numerous politicians such as Vice President Mike Pence, who conspiracy theorists believed committed treason.

But the story is far from over. The select committee investigating the Jan. 6 riot at the Capitol is now seeking any communication records between Trump’s administration and an array of popular far-right influencers who called on their supporters to go to Washington, D.C. to protest the outcome of the 2020 election on Jan. 6.