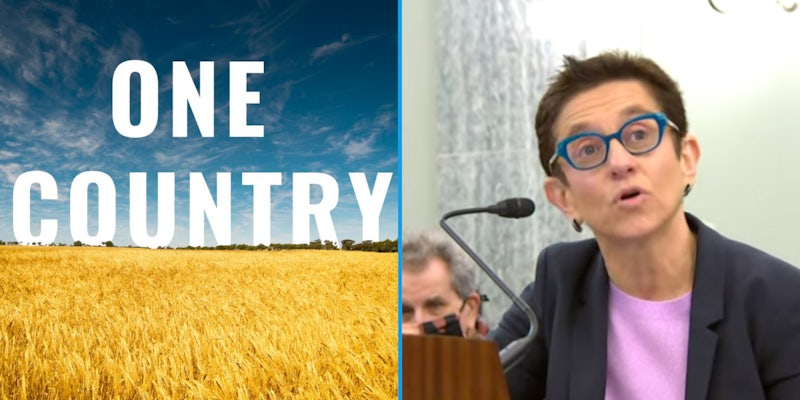 The ad is targeting senators who are needed to approve Sohn.

One Country Project, a Democratic PAC led by former senator Heidi Heitkamp of North Dakota, announced a six-figure ad campaign aimed at convincing rural Americans (and their senators) that Gigi Sohn, President Joe Biden’s Federal Communications Commission (FCC) commissioner nominee, is the “wrong choice for the FCC and rural America,” according to a press release.

The release calls into question Sohn’s commitment to rural Americans and says her views on rural broadband are “deeply cynical.”

“Given the significant progress that has been made in closing the rural digital divide in recent years, and all the important work that remains to fully close the gap, Gigi Sohn’s deeply cynical view of rural broadband is far less than what rural Americans need or deserve,” Heitkamp said in the release. “She is the wrong choice for FCC Commissioner and rural America when critical issues like rural broadband will be under her jurisdiction.”

The ads will run in Arizona, Nevada, Montana, Colorado, Maine, and West Virginia over the coming weeks.

In March, Sohn’s nomination passed the Senate Commerce Committee, but she’s still waiting for a full Senate vote. The Senate is split 50-50, and an earlier committee vote was stalled long enough that Biden had to renominate her for the position. Democrats need all 50 of their senators to back Sohn, and the anti-Sohn ads are running in the backyards of Sen. Joe Manchin (D-W.V.) and Sen. Kyrsten Sinema (D-Ariz), among others, crucial swing votes that could make or break Sohn’s nomination. Sinema voted in favor of Sohn to pass out of committee.

A tweet from One Country Project announcing the campaign was lambasted by critics.

“So embarrassing for @HeidiHeitkamp, Just shilling for Big Broadband,” one user wrote.

Under the reply, another user pointed to Heitkamp’s Open Secrets page, which shows the former senator’s largest donors over the course of her career. Over the last decade, Heitkamp has received over $100,000 from Comcast and AT&T, two companies that would be impacted if a Democrat-led FCC reinstated net neutrality.

In a March post on Medium, Heitkamp explained her opposition to Sohn’s nomination.

“Priorities matter, and Sohn has consistently tried to downplay the importance of policies focused on rural broadband and shift attention toward her preferred constituencies in urban areas,” she wrote. “Senate Democrats should decide that enough is enough and ask President Biden to choose a new nominee for the FCC—one that can advance their agenda without these extremist tactics. Sohn is a mixed message at best and will obliterate any Democrats hope they will get credit for broadband wins.”

Heitkamp and One Country Project’s opposition to Sohn seems to be in response to quotes given during various hearings. In testimony to the House Energy and Commerce Committee in 2020, Sohn said that “policymakers have focused disproportionately on broadband deployment in rural areas of the United States” and criticized existing FCC broadband policies, saying they made it easy for companies to “basically suck at the government teat to the tune of tens of billions of dollars.”