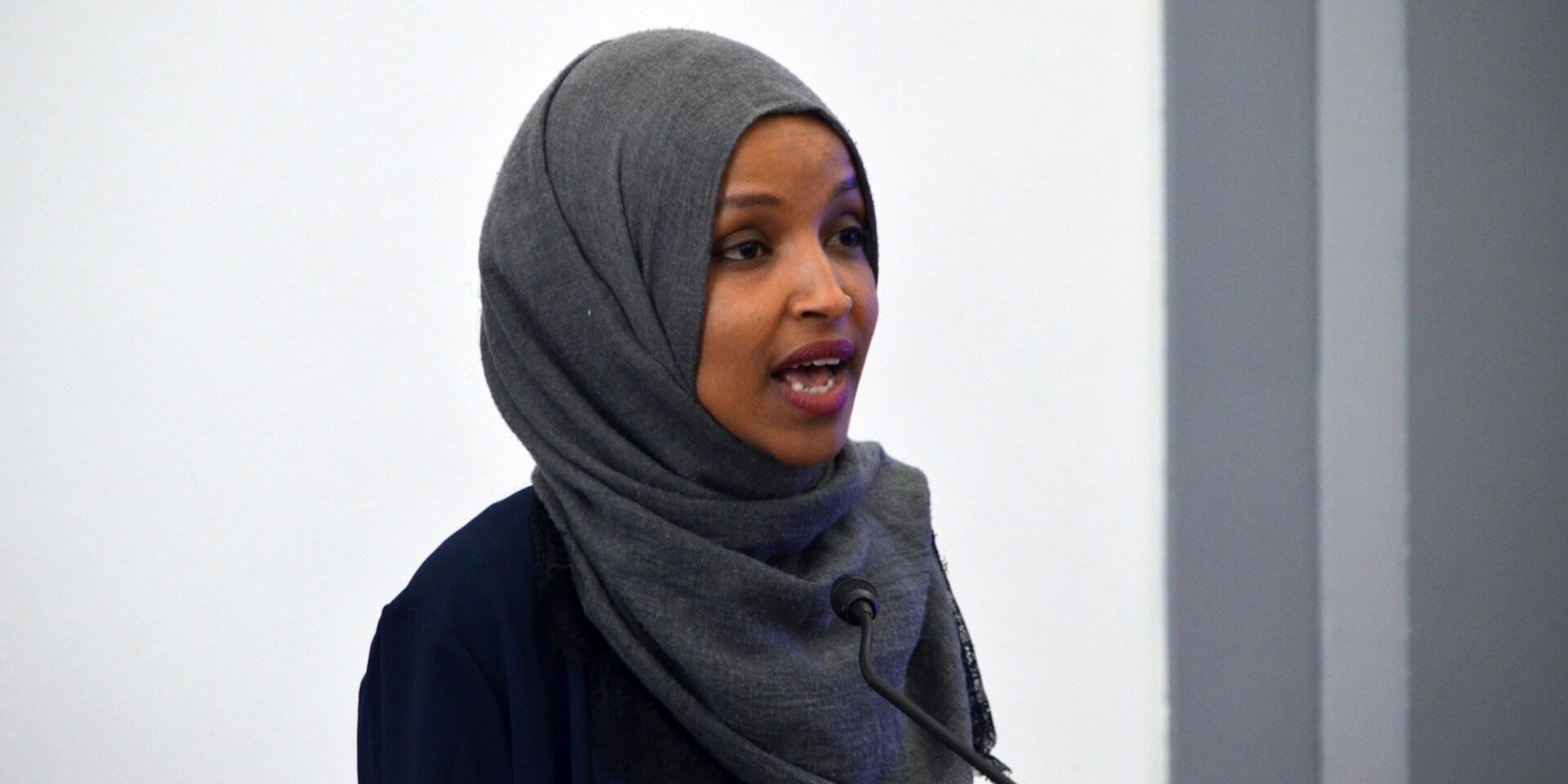 Others say her critics are crying wolf.

Retweeting CNBC’s link to an article quoting Cooperman making this comment, Omar added, “I wonder why,” and a thinking face emoji.

While many realized that Omar was referencing their billionaire status, and the anger billionaires have faced recently, the fact that both Bloomberg and Cooperman are both Jewish led others to accuse her of anti-Semitism, a favorite right-wing trope when it comes to Omar.

“Putting ((( ))) around their names would have gotten the message across more effectively, @IlhanMN, but I see people understood you anyway,” tweeted Lahav Harkov, senior contributing editor of The Israel Times.

“Proud to stand with @michaeldickson in calling out the hate, bigotry and #Antisemitism of @IlhanMN,” Arsen Ostrovsky tweeted.

How about NO @lsarsour! @IlhanMN comment about Bloomberg and Cooperman were pure anti-Semitic dog whistle and must be called out. Disgusting! https://t.co/oHj42KoQk2

Others cast the claims of anti-Semitism as a bad faith interpretation of what the congresswoman had said; some further pointed out the Islamophobia rampant in many criticisms of Omar. “The people who go after Rep. Ilhan Omar on antisemitism allegations are the kind of Islamophobes who are willing to overlook hardcore Islamophobia,” Carl Nyberg tweeted.

Extremely this. The latest effort to twist @IlhanMN's words and impute anti-semitism to what's obviously a pretty standard observation about billionaires sharing similar political views is outrageous. It should be given no credence whatsoever. https://t.co/bXXWsDtDRG

Jewish Action is among the groups who don’t believe Omar’s statement was anti-Semitic, writing on Twitter, “Questioning why two billionaires might support each other is not antisemitic. People are twisting or willfully misreading @ilhanMN’s words. Weaponizing antisemitism doesn’t make our Jewish community safer, and it’s putting Muslims, immigrants, & people of color in danger.”

Jewish Voice for Peace retweeted a New York Times op-ed referencing a study that found that Omar and Rep. Rashida Tlaib (D-Mich.) had both been targeted by interconnected networks of Islamophobes on Twitter, at least some of which were bots.

Research "suggests that this Islamophobic and xenophobic narrative largely originated with a handful of bigoted activists and was then amplified by vast bot networks whose alleged owners never existed."https://t.co/C1LbSGGIZp

People taking Ilhan Omar’s remarks on billionaire solidarity as anti-semitic are deploying racism and islamophobia. I’m so sad at how easily some are falling back into this, gleefully willing to other her just as the white supremacists want.

Omar, one of the first Muslim congresspersons, has previously been accused of anti-Semitism for commenting earlier this year that some lawmakers’ support for Israel is “all about the Benjamins,” and for a 2012 tweet wherein she said that “Israel has hypnotised the world.”

Omar apologized for both statements.