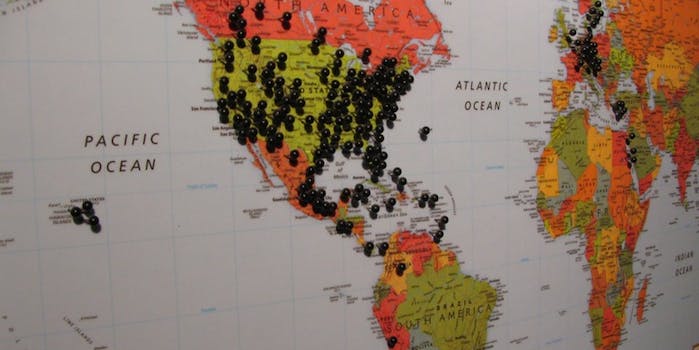 In a Senate Judiciary Committee hearing, the Director of National Intelligence admitted to collecting the phone location data of American citizens.

The National Security Agency has admitted to collecting the location data from mobile phones of U.S citizens.

The admission, which came from Director of National Intelligence, James Clapper, followed revelations published in the New York Times on Wednesday that between 2010 and 2011, the agency ran a “pilot program” to experiment with the bulk collection of American’s cell phone locations.

The Times sourced their report to “intelligence officials,” explaining that the officials didn’t reveal many details about the test and that it was unclear how many Americans’ were unknowingly surveilled during the one year period.

Apparently, the NSA harvested the location data from cellular towers. The purpose of the test was to determine how the data would integrate with the NSA’s systems.

During this trial run, none of the data collected was drawn upon for any investigation, the intelligence officials told the Times.

Clapper echoed this claim in a Senate Judiciary Committee hearing after the article was published. “That data was not used for any other purpose and was never available for intelligence analysis purposes.”

Senator Ron Wyden (D-OR), a member of the Senate Intelligence Committee, issued a statement calling Clapper’s testimony into question: “After years of stonewalling on whether the government has ever tracked or planned to track the location of law-abiding Americans through their cellphones, once again, the intelligence leadership has decided to leave most of the real story secret—even when the truth would not compromise national security.”

The collection of phone metadata has remained one of the most controversial aspects of the NSA surveillance revelations since former intelligence contractor Edward Snowden leaked a trove of classified documents to the Guardian earlier this year (though the metadata collection by the NSA was actually first revealed in 2006).

Of the many issues surround the legality of collecting bulk metadata of U.S. citizens, perhaps the most pressing is the concern that it violates Americans’ Fourth Amendment right to privacy.

In September, the NSA disclosed documents explaining that its justification for the collection of metadata was based on a 1979 Supreme Court ruling about the legality of subpoenaing a suspect’s call records.

In Smith v Maryland, the court ruled that the suspect did not have a reasonable expectation of privacy when it came to telephone company records of what numbers he dials and when he dialed them. The judge cited the fact that long distance calls were itemized on Americans’ phone bills. However, this ruling was made long before the technology existed for the agency to collect the metadata of every American.

Further, it remains unclear whether location data would even fall under the 1979 definition of telephony metadata, underscoring the point that legal definititions do not necessarily evolve in step with the NSA’s surveillance capabilities.