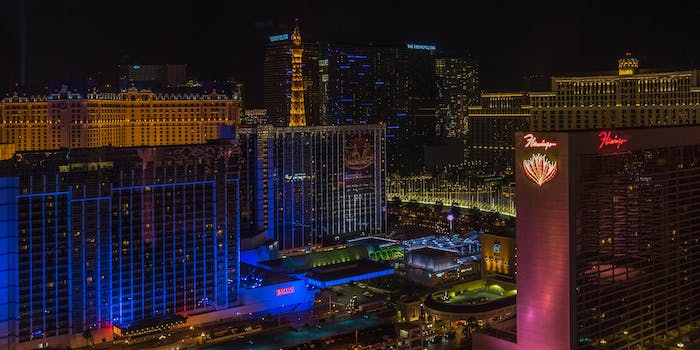 Photo via Felipe Valduga/Flickr (CC BY 2.0)

It’s routine, perhaps healthy, for any election to receive its fair share of complaints, but Tuesday night’s Nevada caucus was something extra special.

Within an hour of operation, numerous voters in the Battle Born state took to social media to describe the shenanigans unfolding before them. While some showed up to find no one available to distribute ballots or tally votes, others were more puzzled to have their votes counted by poll workers decked out in Donald Trump campaign flair.

Many of the sites were simply overwhelmed and underprepared for the huge crowds.

Now an announcement that they ran out of ballots. They "weren't expecting a crowd this size." #Nevadacaucus

Man here says "it's a disaster." No one is checking in or checking IDs. They're handing out ballots willy nilly. Some guy voted trump twice

In other cases, outright fraud was alleged by political reporters or caucus goers at polling locations. Either ballots were being handled in unsuitable ways, or poll workers charged with checking voters’ IDs seemed less than competent at performing the task.

What happens in Vegas stays in a box of ballots tucked behind the Coke machine.

There have been no official reports of voting irregularities or violations. #nvgopcaucus

A number of Republicans who recently threw in the towel may be pleasantly surprised to find they’ve been conscripted in Nevada. A photo of a ballot shared online by BBC reporter Ashley Semlar included such names as Jeb Bush, Rand Paul, and Chris Christie—all of whom retired from the 2016 election.

This is the ballot voters are filling out tonight. Still has names of several candidates who dropped out #NVcaucus pic.twitter.com/aDXaYTCnGd

As for the photos on Twitter of vote-counters donning Donald Trump gear, the GOP issued a statement saying it wasn’t against the caucus rules, which the GOP itself dictates.

It's not against the rules for volunteers to wear candidate gear. Volunteers went through extensive training & are doing a great job

Photo via Felipe Valduga/Flickr (CC BY 2.0)