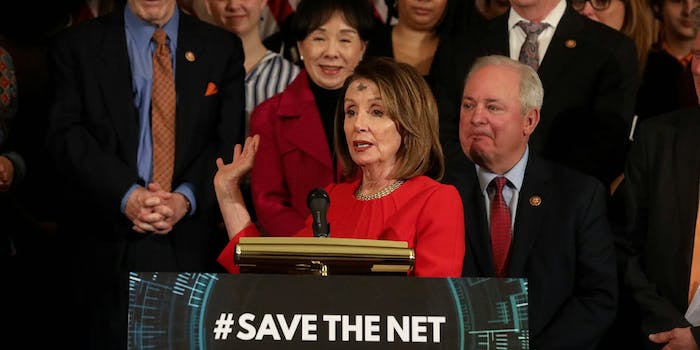 The bill is expected to pass through the Democrat-controlled House of Representatives.

The Save the Internet Act, a bill that aims to restore net neutrality rules, is scheduled to head to the floor in the House of Representatives tomorrow.

The full vote comes after weeks of debate among Democrats and Republicans about the substance of the bill during numerous hearings and markups.

The Save the Internet Act would essentially undo the Federal Communications Commission’s (FCC) repeal of net neutrality, and reinstate the 2015 Open Internet Order.

Last week, Republicans tried unsuccessfully to introduce a number of amendments into the bill, which was spearheaded by Rep. Mike Doyle (D-Penn.). The bill passed through a House Energy and Commerce Committee markup, paving the way for tomorrow’s House vote.

Before that, there were clear divides among Democrats and Republicans about the use of Title II of the Communications Act as a foundation for the bill.

Republicans feel Title II’s regulatory authority is too burdensome, while Democrats believe that the bill locks in the parts of Title II that are necessary, but makes it difficult to use other more problematic aspects of Title II in the future.

The bill is expected to pass through the Democrat-controlled House, but its fate in the Republican-controlled Senate is less certain.

Last year, when Democrats tried to use the Congressional Review Act (CRA) to overturn the FCC’s repeal, several Senate Republicans broke ranks with the rest of their party and voted in favor of it, leading to a 52 to 47 vote, passing it through the chamber. The CRA died in the House, which was then controlled by Republicans.

This time, however, not all Senate Democrats appear to be on board with the bill, and there is no guarantee that the same Republicans will vote in favor of it.