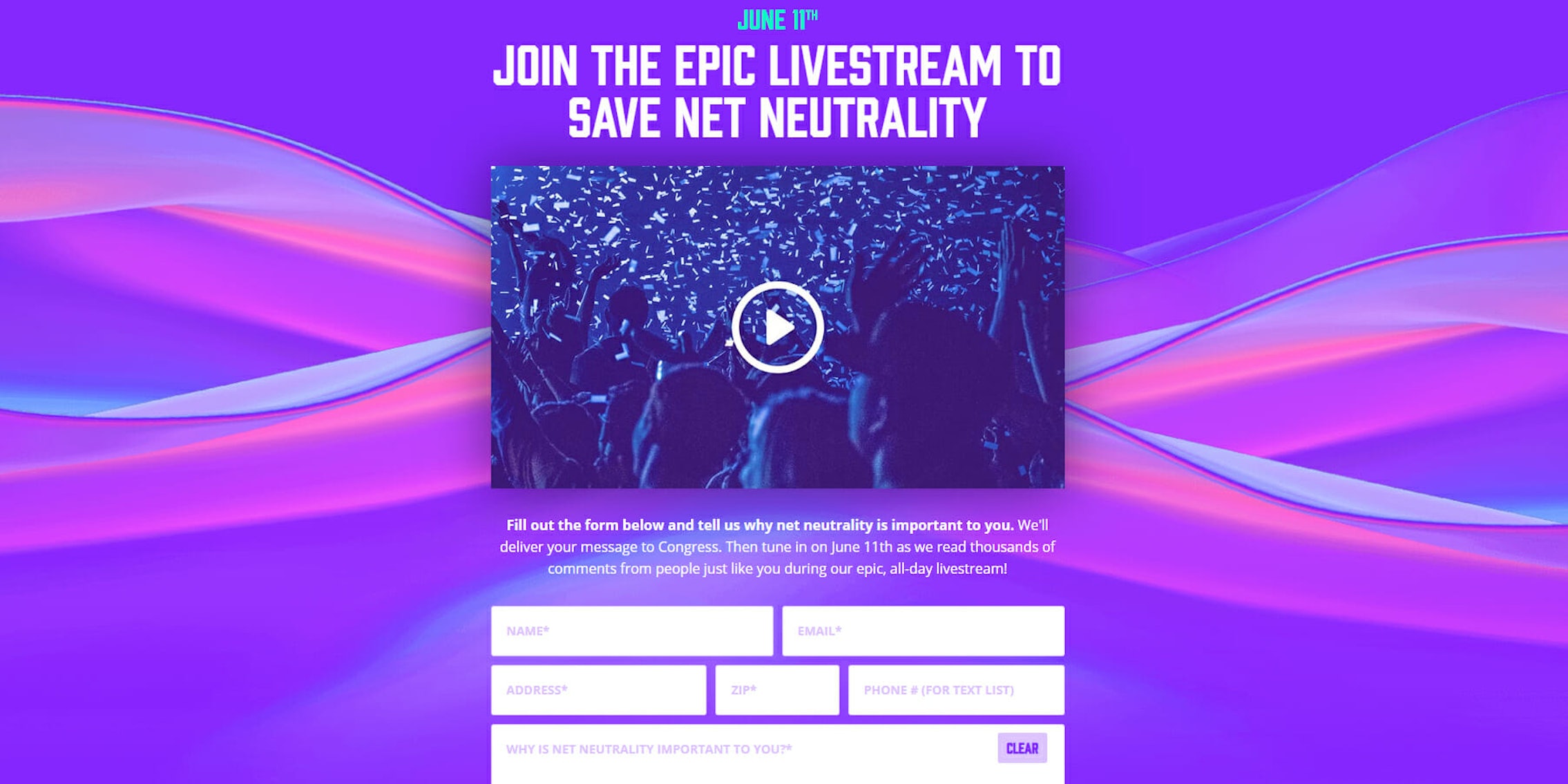 The repeal of net neutrality went into effect last year. Net neutrality advocates are pushing back on the first anniversary.

Net neutrality advocates will mark the one year anniversary of the Federal Communications Commission’s (FCC) repeal going into effect with an all-day live stream tomorrow.

Fight for the Future, an internet rights advocacy group that is hosting the live stream, says comments submitted to them by people “about why a free and open internet matters to them” will be read aloud by small business owners, veterans, gaming streamers, comedians, representatives from other internet advocacy groups, and Rep. Ro Khanna (D-Calif.) and Rep. Peter Welch (D-Vt.).

They’re calling it their “Epic Livestream.”

The FCC voted to repeal net neutrality rules in 2017, but that repeal went into effect on June 11 last year. The Save the Internet Act, a bill that would restore net neutrality rules, passed in the House of Representatives in April, but has stalled in the Senate where Majority Leader Mitch McConnell (R-Ky.) called it “dead on arrival.”

The hope is that the live stream will show lawmakers that a large number of Americans want the Save the Internet Act to receive a vote.

“It’s not going to happen overnight, but every day that passes without Congress acting to restore net neutrality, the things people love about the internet are slowly fading away. It’s becoming more centralized, exploitative, and controlled by corporate interests,” Evan Greer, deputy director of Fight for the Future, said in a statement. “But internet users are refusing to give up. On June 11th we’ll come together once again and channel outrage into political power. With voters from across the political spectrum overwhelmingly united in support of an open internet, it’s only a matter of time before net neutrality is restored.”

While the Save the Internet Act passed in the House, it’s less clear how it would fare with a vote in the Senate.

Two weeks ago Rep. Anna Eschoo (D-Calif.), a staunch net neutrality supporter, urged advocates to pressure McConnell to bring the bill up for a vote–predicting that if it was, the Save the Internet Act would pass.

Last year several Republicans broke rank their party and voted in favor of a Congressional Review Act effort to overturn the FCC’s repeal. However, there is no guarantee that those same three Senators—Sen. John Kennedy (R-La.), Sen. Lisa Murkowski (R-Alaska), and Sen. Susan Collins (R-Maine)—would vote for the Save the Internet Act.

Sen. Kyrsten Sinema (D-Ariz.) has also not joined the rest of her party colleagues and signed on as a co-sponsor of the Senate version of the bill. Instead, she has formed a working group with Sen. Roger Wicker (R-Miss.) to find a “bipartisan solution.” It is a move that has been criticized by net neutrality advocates.