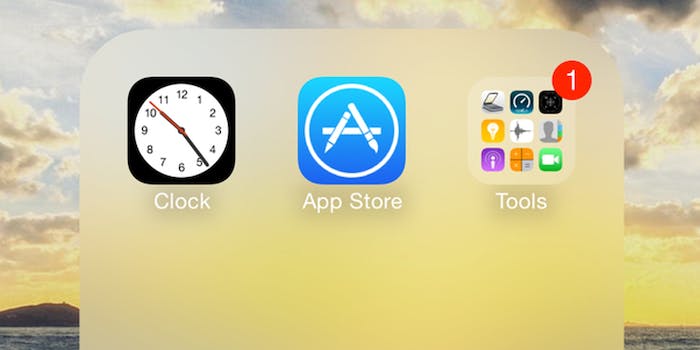 Show your iPhone who's boss.

If you’re a dedicated iPhone user, there’s a good chance you have more applications on your phone than you do on your computer. Organizing them can be a colossal pain when you don’t have the ability to nest your folders. Placing a folder within a folder, called “nesting,” is a feature Apple has never allowed on its platform, but there’s a way to trick your iPhone into letting you do it anyway!

Note: This trick was tested in iOS 8.1.3, the most current release.

As you can see in this great tutorial from YouTube user Videosdebarraquito, this trick can be pulled off much easier than other nested folder tricks of the past.

You can repeat this trick as many times as you want. Removing a folder from its nested place within another folder can be accomplished the same way you’d move an app back to the home screen. Enjoy your newfound organizational abilities!