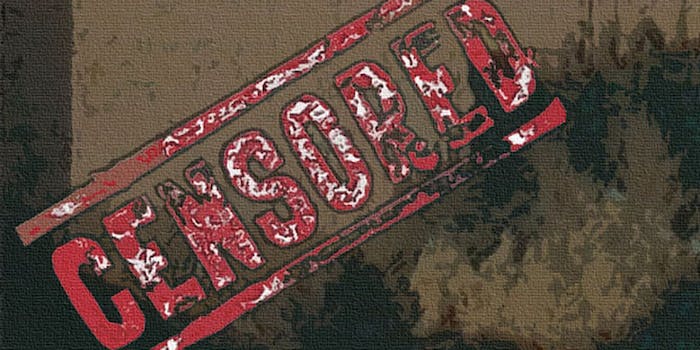 Are movie studios trying to bring down Mega?

Two of the largest movie studios in the country, NBC Universal and Warner Bros., have set their sights on file-hosting website Mega.

Two of the largest movie studios in the country, NBC Universal and Warner Bros., have set their sights on file-hosting website Mega. The media behemoths submitted a takedown request to Google, asking that the engine remove the website from search results.

Companies can file complaints under the Digital Millennium Copyright Act (DMCA), a copyright law that seeks to make pirated files harder to travel across the Internet.

One website that has felt the brunt force of attempted shutdowns is Mega, a file-hosting service founded by Kim Dotcom. It’s the spiritual successor to Dotcom’s first site, Megaupload, which the U.S. Department of Justice shut down following a federal indictment over massive copyright infringement charges. NBC Universal’s request accuses Mega’s homepage of linking to a copy of of the 2013 horror film Mama; Warner Bros. claims that the site made a pirated copy of Gangster Squad available.

Takedown requests usually work. According to a 2011 study, 97 percent of search results were ultimately hidden after pleas to Google.

“From my experience, the only people who are acting like criminal lunatics are the copyright extremists who think that the DMCA doesn’t matter,” Dotcom told TorrentFreak. “Their agenda is war against innovation. The kind that forces the content industry to adjust an outdated business model.”

One problem with these DMCA requests: They’re often automated and can result in mistaken takedowns or frivolous requests. The second option seems to be the case here; Mega can still be found in Google searches.

But questions have also been raised about how much movie studios want you to know about their takedown requests. As we reported in April, some studios are filing claims against sites that list Google’s list of copyrighted content—claiming they own the copyright to that material. This effectively closes the loop of transparency that Google has tried to create by listing these takedown requests for the public to view.

Requests for comment from both studios were not immediately returned.