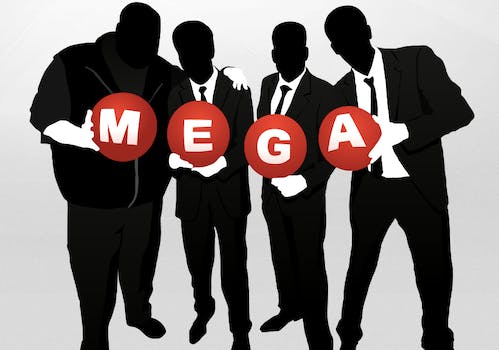 Dotcom seems to think so, but from a legal standpoint, the risks are almost exactly the same.

Mega, the new file locker service created in the wake of Megaupload’s shuttering and ongoing legal trials, differs from its predecessor in a single important way (besides the fact that it’s not currently the subject of a massive, multinational trial): Users can encrypt their files.

While this won’t change anything for those who would use the site to encourage broad piracy, people who just want to share pirated material with their friends are unlikely to be caught.

That’s not readily apparent. Those who sign up for the service, which goes public Saturday, are greeted with terms of service that make it seem they’re likely to get into trouble if they upload pirated content. According to Mega’s terms of service, anyone who either shares an unencrypted link to their files with others is:

responsible for their actions and omissions while they are using the website and services and you agree to fully indemnify us for any claim, loss, damage, fine, costs (including our legal fees) and other liability if they breach any of these terms.

But are you really any more liable if you upload copyrighted content now than if you did before? And was Mega’s founder, the flamboyant Kim Dotcom, correct when he claimed that the new service is “100% Safe & Unstoppable?”

For the most part, that’s a no and a no. “People who are widely and publicly sharing contents to which they have no rights will still have the same liability they would have faced,” the Electronic Frontier Foundation’s Julie Samuels, a copyright attorney advising on the Megaupload case, told the Daily Dot.

“For those who don’t give public access to their files, in the situation where a user does not share public access, it might be harder [to consider them liable],” she added. “But as a society, we should consider whether those people should even be the targets of lawsuits.”

In other words, this doesn’t change much for true pirates. But it does mean life’s a little safer for anyone who wants to share files on Mega, whether copyrighted or no, within a small circle.

What about the other question, though: Is Mega truly safe from another government takedown? Users who had important files stored in Mega’s servers still haven’t been able to retrieve them since U.S. Immigrations and Customs Enforcement took the site offline in January 2012.

The answer is no, and the reason hinges on the Digital Millenium Copyright Act (DMCA), the 1998 U.S. law that determines how to deal with websites that illegally host copyrighted material. The DMCA gives copyright holders the ability to demand a website owner shut down an infringing URL; provided they do so in a timely fashion, the site’s owners are given safe harbor from lawsuit. With filelocker sites like Megaupload, it’s a neverending game of whack-a-mole, a process that likely doesn’t curb piracy at all.

If Mega abides by the DMCA, and diligently takes down all infringing files as requests roll in, it should theoretically have no legal trouble, Samuels said. But Megaupload was in the exact same boat. Whether Dotcom and company slipped up, or whether the U.S. was wrong, is the question at the very heart of Megaupload’s current court case.

Quite simply, if the court finds that Megaupload abided by DMCA laws, then technically, it should never have been taken down. But that would also mean that the government can wrongly shut down a site like Mega with impunity. And if Dotcom’s team did slip up on the DMCA, then they could do the same with Mega.

One person who’s confident of the outcome? Dotcom. As soon as Mega launches to the public, he’s repeatedly tweeted, “the US government fails and Innovation wins.”