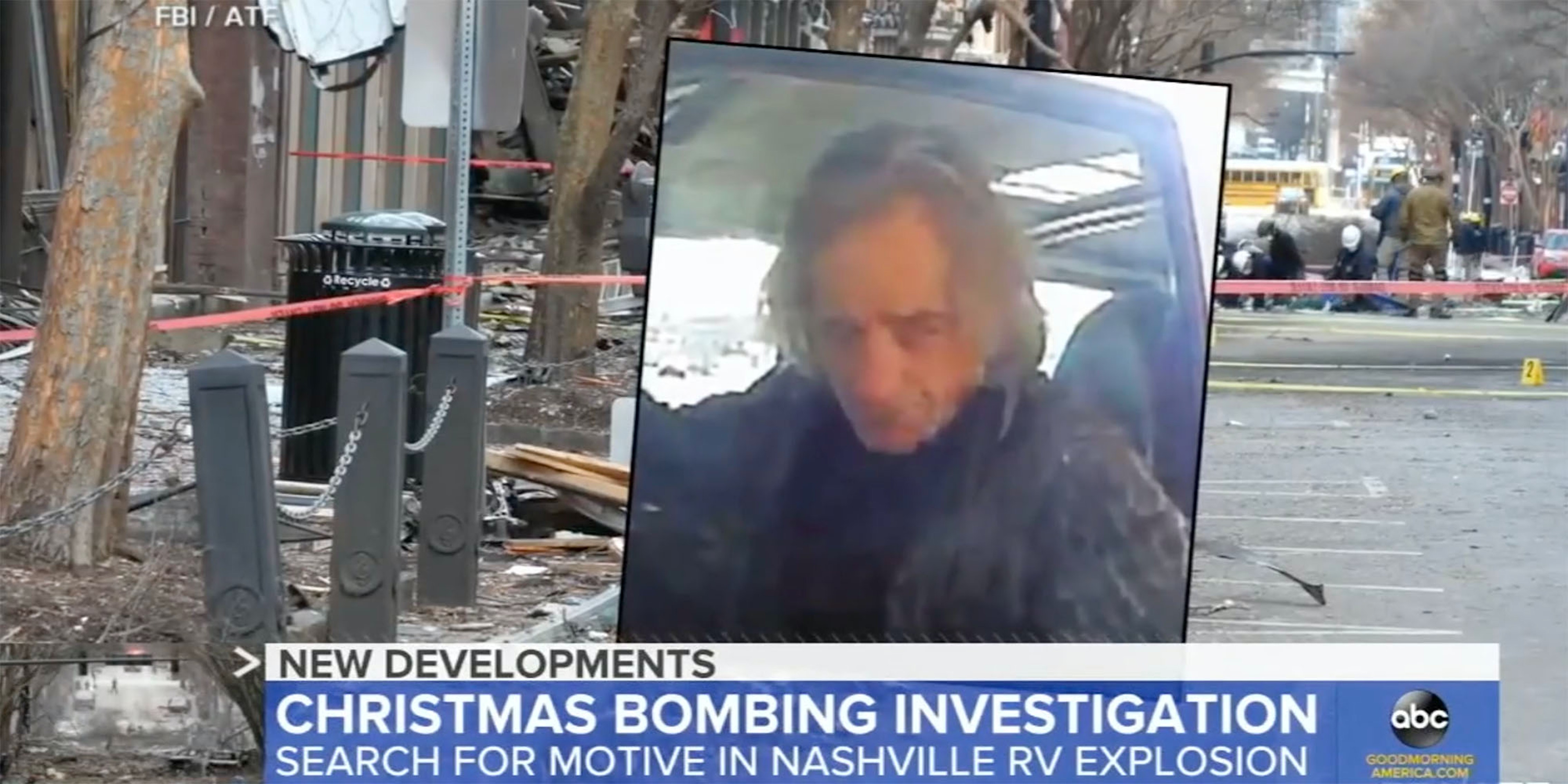 He sent the packages to people throughout the country.

Anthony Quinn Warner, believed responsible for a Christmas Day bombing in Nashville, sent packages to people throughout the country prior to the attack. The packages contained conspiracy theories involving the 9/11 terrorist attacks, the 1969 moon landing, and shape-shifting “lizard people” conspiring against humans.

The NewsChannel 5 account noted that although the package did not have a return address, “the rambling pages inside left no doubt it was from Warner.”

The letter began, “Hey Dude, you will never believe what I found in the park. The knowledge I have gained is immeasurable. I now understand everything, and I mean everything from who/what we really are, to what the known universe really is.”

The letter also observed, “The moon landing and 9-11 have so many anomalies they are hard to count,” and pointed out that “September 2011 was supposed to be the end game for the planet”—when Warner believed aliens and UFOs began launching attacks on earth.

He also touched on the “lizard people” theory popularized by British conspiracy theorist David Icke, saying of those he perceived to be reptilian shape-shifters, “They put a switch into the human brain so they could walk among us and appear human.”

The letter was signed “Julio,” a name Warner’s friends say he often used when sending them emails. (One source noted Warner had a dog named Julio.)

NewsChannel 5 only released excerpts of what they’d seen in the letters, rather than publishing them in their entirety, justifying, “We are attempting to balance shedding light on his mindset prior to the bombing with not giving him unnecessary notoriety.”

Nashville’s ABC 11, reporting on the “lizard people” connections on Dec. 29 before this latest evidence surfaced, noted that in the days before the attack, Warner acted in ways suggesting he didn’t intend to survive the bombing. He gave away his car, telling the person he gifted it to that he had cancer, and transferred his longtime home to a woman in California via a legal document.

The package referenced by the NewsChannel 5 report was turned over to the FBI.