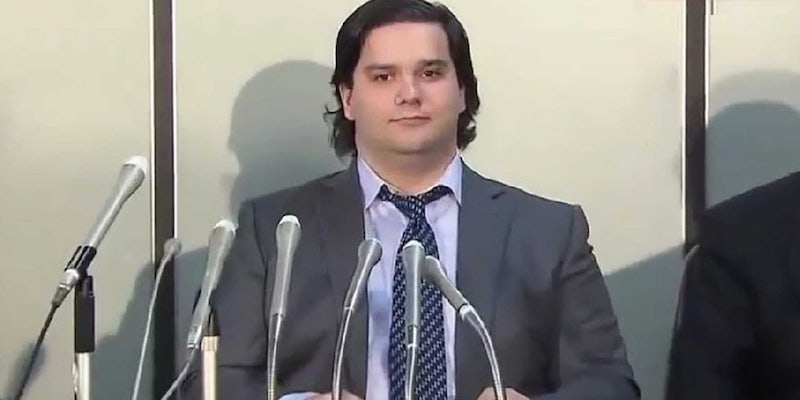 It wasn't just a problem with Bitcoin's code after all.

It wasn’t just cyberattacks that brought down Mt. Gox, the one-time largest Bitcoin exchange in the world. Apparently, the company’s security problems extended to the physical world with some old fashioned break-ins.

That’s according to the Mt. Gox CEO, Mark Karpelès, who recently gave his first interview since the late February press conference during which he disclosed that his company had lost hundreds of millions of dollars worth of its customers’ bitcoins.

Karpelès said he couldn’t provide specifics, but that there were “some cases where a stranger sneaked in and took things away” and “at least one former employee stealing the company’s data.”

At the time of the exchange’s collapse, it was widely reported that an issue with the Bitcoin protocol, dubbed the “transaction malleability,” was what allowed hackers to steal 850,000 bitcoins.

About 200,000 of the stolen bitcoins have since been recovered, but Karpelès said he does not believe any more of the lost bitcoins will be retrieved.

“I’m deeply sorry. I’m frustrated with myself,” he said. “The weakest point of my company was management.”

Karpelès said he “couldn’t lay out an adequate corporate structure” because he was regrettably “too busy with meetings with banks, lawyers and business partners.”

As for the future of Mt. Gox, Karpelès is hoping an outside investor will buy the company and attempt to rehabilitate it. Those decisions are now out of his hands, however, as a court-appointed bankruptcy trustee has assumed control of the Japan-based company. The trustee is likely to liquidate the company’s remaining assets.

Much to the dismay of many Mt. Gox investors, Karpelès remains a free man, pending investigation. Despite conducting the interview in his apartment on the 33rd and top floor of what WSJ described as an “upscale” neighborhood, the 29-year-old Frenchman insists his standard of living has regressed back to the less-than-$2 instant noodle ways of before his Bitcoin successes.

“I swear I haven’t been doing anything too luxurious,” he said. “Some people say I still own bitcoins or have a yacht, but that’s not true.”

Karpelès said he’s mostly working on his other Web services company, Tibanne, which is named after his orange and white cat. Tibanne, the cat, made an appearance on Karpelès’s recently-revived Twitter feed this week. 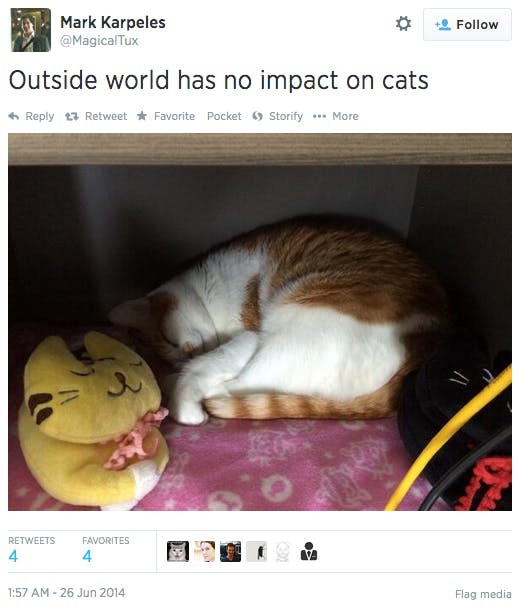 Like almost all of Karpelès’ tweets these days, the cat photo was met with sarcasm and vitriol from other Twitter users, some of whom claim to be victims of the Mt. Gox collapse.

@MagicalTux damn dude you have guts to keep posting. If I was you I would be hiding in Alaska somewhere in an igloo.

@MagicalTux Are you a fucking cat?

Additional excerpts from the Journal’s interview with Karpelès have been published here.