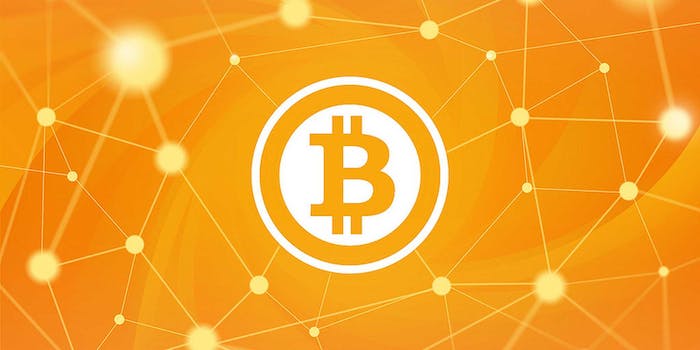 For the next two weeks, U.S. customers won't be able to cash out their Bitcoins via Mt. Gox.

In the end, the biggest threat to the survival of the boom-and-bust digital currency known as Bitcoin may not be government regulators or black market criminals, it may be the currency’s chief proprietors.

On Thursday, Mt. Gox, the world’s largest Bitcoin exchange announced that it would suspend U.S. cash withdrawals for 14 days, effective immediately. As of Friday morning, the impact on trading price has been minimal—at least compared to the spate of other growing pains Mt. Gox has faced in recent months—but it does little to sure up credibility among skeptics.

“Over the past weeks Mt. Gox has experienced rising volumes of deposits and withdrawals from established and upcoming markets interested in Bitcoin,” reads the Tokyo-based exchange’s official statement.

“This increased volume has made it difficult for our bank to process the transactions smoothly and within a timely manner, which has created unnecessary delays for our global customers. This is especially so for those in the United States who are requesting wire transfer withdrawals from their accounts.”

The company’s statement fails to provide more detail about why only U.S. transactions are being halted and why the freeze only applies to withdrawals and not deposits. The company did not immediately respond to the Daily Dot’s request for comment, though it promised to debut a “dramatically improved trading engine” sometime “very soon.”

In light of the announcement, Bitcoin’s trading price has been on a steady decline all morning, sliding from a high of $115 early this morning to $107 at press time. Bitcoin’s price was already down $20 from the end of last month as volume spikes flood the market with more customers.

A sudden shutdown at Mt. Gox followed by a drop in Bitcoin value is an all-too-familiar narrative for those who follow this unregulated, digital currency’s growth. It happened in March when a glitch in the Bitcoin mining program sparked a panicked sell-off that caused the currency to briefly lose nearly a quarter of its value. It took an even bigger dive a month later when a combination of rapid growth and targeted cyberattacks shut down the exchange for a short period of time.

Though Bitcoin has seen major growth in the first half of 2013 (it was trading around $5 back in January), a lack of reliability in the currency’s major institutions and infrastructure have kept many investors on the sidelines. With no government backing, Bitcoin’s continued existence relies almost entirely on the faith of its investors.

“Bitcoin thus represents in many ways the ultimate fiat of all fiat currencies, since the system is entirely trust-based,” wrote FT Alphaville’s Izabella Kaminska earlier this year.

But the news of U.S. withdrawal suspension is causing grief even among Bitcoin’s most ardent proponents. Bitcoin Store‘s Jon Holmquist told the Daily Dot that he still backs the currency, but made no effort to sugar coat the suspension’s impact on trader confidence.

“As a Bitcoin merchant, the news is devastating,” Holmquist said. “Bitcoin needs a solid infrastructure in order to grow and attract new users, when that infrastructure is affected in any way, we’re affected too, since our source of new customers goes down.”

It’s not just technical issues that are hampering Mt. Gox. The company is facing mounting U.S. regulatory pressure after the Department of Homeland Security seized one of Mt. Gox’s American bank accounts last month. The exchange had failed to identify itself as a money transferring service, in violation of U.S. money-laundering laws.

Mt. Gox has made several changes to comply with U.S. regulatory standards, including the recent adoption of identity verification for cash transactions. But it may be too little, too late as other U.S. banks begin to shy away from the experimental currency.