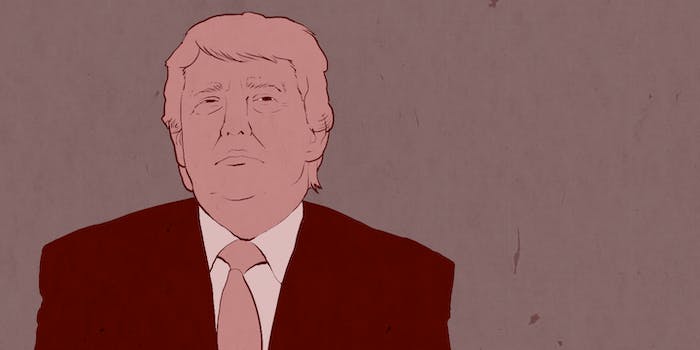 America has become increasingly polarized and vows by Americans to settle abroad have followed suit. As Donald Trump and Hillary Clinton vie for leadership of their parties, Internet search interest in emigration has spiked to record levels.

While, in most cases, the phrase “I’m moving to Canada” serves to punctuate the extreme discontent one feels when an undesirable candidate gets a leg up in an election, it’s not always playful euphemism. Offering herself up as an example, Gawker’s Kate Knibbs described her high-school-senior pledge to leave the U.S. if President George W. Bush were re-elected.

According to Google Data Editor Simon Rogers via Twitter, searches for “move to Canada” spiked 350 percent over a four-hour period on Super Tuesday. It was Trump and Clinton who swept the field.

Digging through the @google archives = searches for "move to Canada" have hit an all-time high. #Election2016 pic.twitter.com/nKLiswqwWr

The New York tabloid, which openly opposes Trump and has characterized him as a member of Ku Klux Klan, offered up Singapore, Ecuador, and Austria as prime destinations, citing their quality of life, friendliness toward expats, and No. 1 ranking in health, safety, and well-being, respectively.

Canada is simply the most cliché destination, the paper argued, but with good reason. “Canada’s people are as friendly as the stereotypes make them out to be, there are plenty of options for education and childcare, and there’s that famous universal health care,” it wrote.