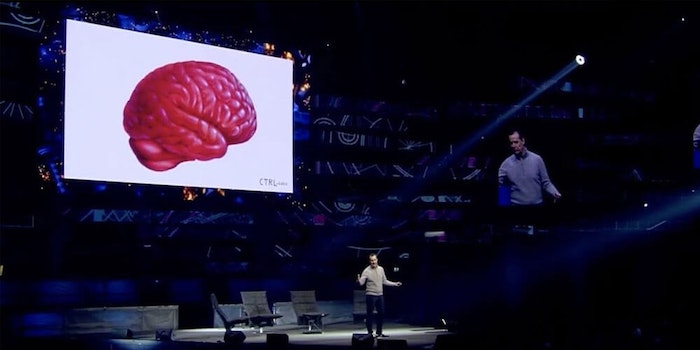 Facebook wants to integrate such technology into augmented reality glasses.

Facebook is set to acquire a technology startup that is developing software aimed at allowing users to control digital objects with their mind.

The startup, New York-based CTRL-Labs, will be purchased for anywhere between $500 million to $1 billion, Bloomberg reports.

CTRL-Labs has spent the last four years working on a bracelet capable of reading neuron activity in a user’s arm. When a user thinks about moving their arm, the device senses that neuron activity and turns it into movement on a computer screen. It could allow users to control everything from video games to other applications without the need of a physical controller.

Andrew Bosworth, Facebook’s head of AR and virtual reality, said in a statement on Monday that such technology could be integrated into virtual reality (VR) and augmented reality (AR) platforms.

“Technology like this has the potential to open up new creative possibilities and reimagine 19th century inventions in a 21st century world,” Bosworth wrote. “This is how our interactions in VR and AR can one day look. It can change the way we connect.”

Facebook is currently investing resources into developing a non-invasive wearable device that can translate a user’s thoughts into written text as well.

The social media giant also recently teamed up with Ray-Ban’s parent company, Luxottica, to help with its development of AR-powered smart glasses, which would utilize the brain-reading capabilities Facebook is working on.

Facebook’s planned purchase of CTRL-Labs will undoubtedly come under scrutiny as the company faces growing pushback from lawmakers and users alike over privacy concerns.

Facebook was hit with a $5 billion fine from the Federal Trade Commission (FTC) in July over the Cambridge Analytica scandal as well as several other data privacy issues.