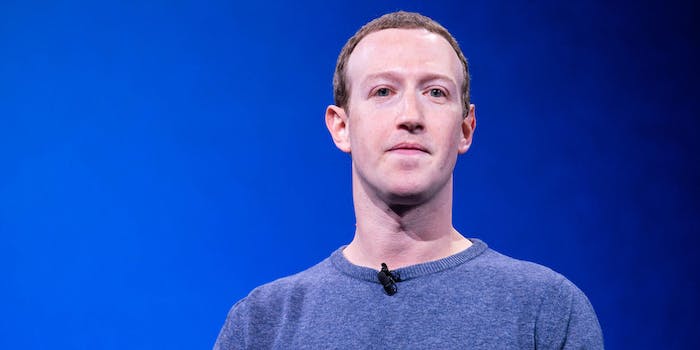 Facebook and Ray-Ban want to replace smartphones with smart glasses

Codenamed 'Orion,' the glasses will utilize AR to replace your smartphone.

Codenamed “Orion,” the project, which has been ongoing for years, aims to bring the glasses to the public somewhere between 2023 and 2025.

The smart glasses would utilize augmented reality (AR), a technology that places digital imagery onto the real world.

The Orion glasses would perform many of the same tasks as cellphones, such as making calls, and would also come equipped with a voice assistant, powered by artificial intelligence (AI).

Facebook opted to bring on Luxottica after reportedly struggling to make the glasses both fashionable and small enough to appeal to consumers.

CNBC further notes that Facebook CEO Mark Zuckerberg is said to have a “strong interest in the glasses.”

Like many other tech companies, Facebook believes smart glasses represent the future of communications. No tech company thus far, however, has been able to create an appealing device.

Although Google attempted to corner the market with its Google Glass product, the smart glasses proved to be unpopular and perhaps too ahead of their time. And while Microsoft currently offers a Hololens headset, the technology is much too bulky for everyday use.

Luxottica previously partnered with Google in 2014, while the Google Glass project was still in its infancy.

Neither Facebook or Luxottica have publicly commented on the Orion project. Given Facebook’s current struggles with Orion, it remains unknown whether a product will be even ready in the next several years.