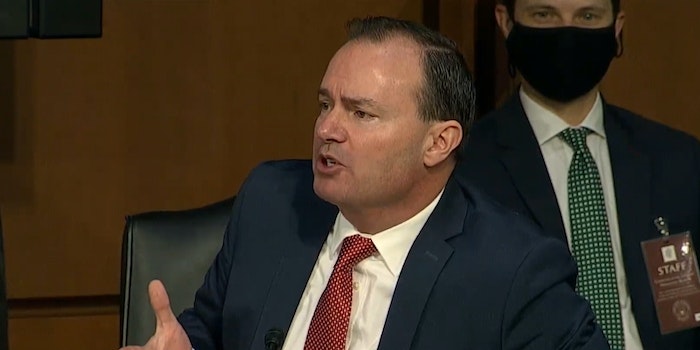 Lee didn't wear a mask while speaking during the hearing.