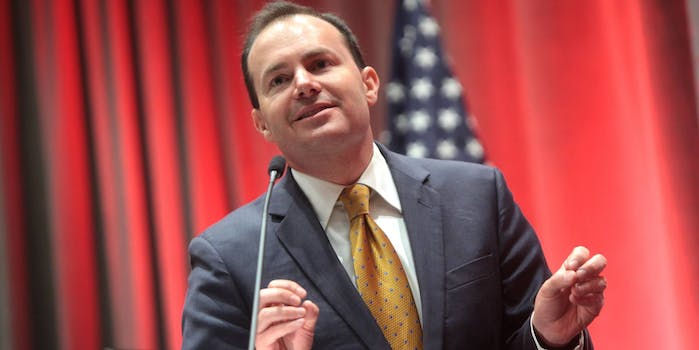 Mike Lee tried to understand. He really did.

As states went through their roll call vote en route to nominating Donald Trump as the Republican Party’s presidential nominee on Tuesday, Utah Sen. Mike Lee had something else on his mind.

Lee is not a fan of Trump or his nomination, so the first-term senator was happy to talk to the Daily Dot about Pokémon Go. Yes, this is seriously what was happening at the Quicken Loans Arena in Cleveland while the rest of the Republican National Convention was focused on nominating the billionaire businessman.

Lee, who said two months ago that Trump scared him to death, went on a two-minute rant about how he could not understand the appeal of the world’s latest augmented reality craze.

A quick note that might serve Lee well in the future: Whatever your 15-year-old daughter tells you is cool, you probably won’t understand the appeal, especially if you’re looking for Constitutions inside the game.

And as much as Lee is #NeverTrump, he also apparently is #NeverPikachu.