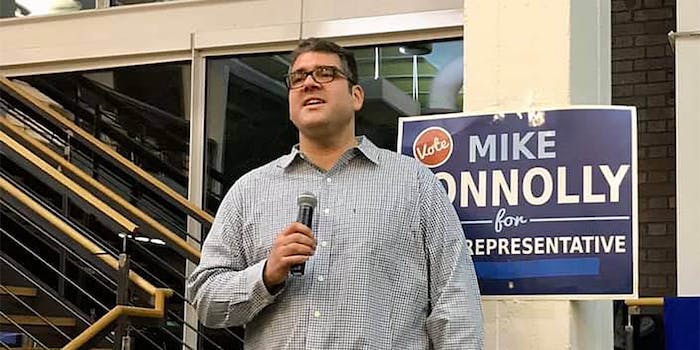 'It gave me the chills to be honest.'

Police are investigating a threat sent to a Massachusetts politician who implored Gov. Charlie Baker (R-Mass.) to extend the state’s stay-at-home order.

On Friday, Rep. Mike Connolly (D-Mass.) shared a letter signed by 12 Democratic representatives urging Baker to keep Massachusetts’ stay-at-home advisory and the shutdown of non-essential businesses in place through June 1.

After that, Connolly said a Facebook user suggested someone would approach him with a gun in response to the letter, the Boston Globe reports. While police declined to give details about the complaint, a comment on Connolly’s Facebook post from Friday does show a picture of a gun with the words, “you might want to rethink your letter.”

“It gave me the chills to be honest,” Connolly told the Globe.

On Monday, Connolly addressed the recent threats against his safety on Facebook.

“This has been an unfortunate and sad situation,” he wrote. “I am doing okay and plan to continue advocating for all of our Cambridge and Somerville constituents. Thank you to everyone who has reached out to offer support.”

In his letter, Connolly said he wanted to extend the stay-at-home restrictions because the WHO considers a 10:1 ratio of negative to positive coronavirus tests as evidence of sufficient testing, and the seven-day average for positive testing in Massachusetts at the time of Connolly’s letter was 12%.