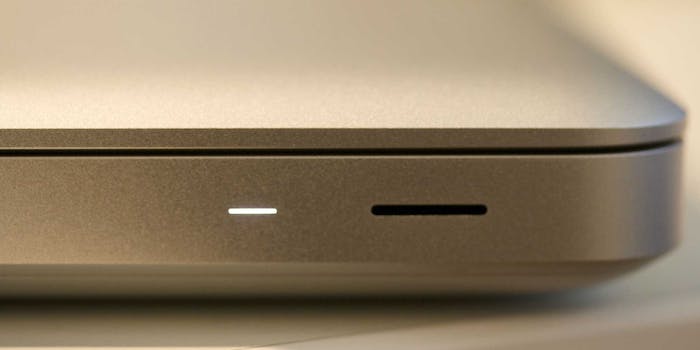 Photo via Kazuho Okui/Flickr (CC BY 2.0)

Microsoft is offering $300 for old Macs, but you can probably do better

Check eBay before you jump at Microsoft's offer.

If you’re thinking about upgrading to Windows 10, Microsoft has an offer that might sweeten the pot. The computer giant will pay up to $300 if you trade in your Mac.

Microsoft’s trade-in program is designed to spur new computer purchases and drive up Windows 10 adoption rates. The “Trade Up” program offers $200 for an old Windows machine or $300 for a Mac. (Interestingly, even Microsoft thinks that Apple devices are worth a markup.)

There are some stipulations, of course. The reward isn’t cash; it’s a voucher that can only be used to buy one of several dozen specific Windows PC models. (The Microsoft Surface line is not included.) Each machine costs at least $599. You must use the voucher before Oct. 20, and each person can only get one voucher (each household can get up to three).

As far as the trade-in process goes, your old computer has to be in working condition, free of any major defects or wear and tear. Windows trade-ins can include all-in-one computers, laptops, and two-in-ones. Mac trade-ins can be MacBooks or iMacs. Don’t worry if you’ve installed Linux—any operating system will do.

No matter what you trade in, it has to be newer than six years old.

Microsoft’s trade-in program offers a decent value if your machine dates back to 2009, but even a MacBook from six years ago in working condition can still get you about $300 on eBay. MacBook Pro models from 2010 generally sell for more than $400, and it only goes up from there with newer machines. If you’re thinking of switching from Mac to Windows, this probably isn’t the best deal out there.