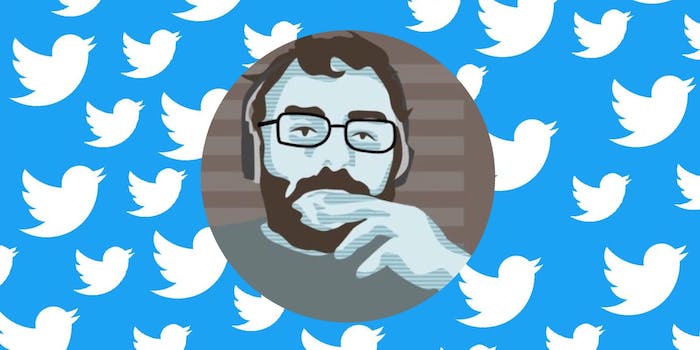 Who is Michael Tracey?

The independent journalist is best known for his contrarian remarks on Twitter.

If you spend any time on the political side of Twitter, you’ve almost certainly ran into a tweet from Michael Tracey.

Just this week, Tracey appeared on the show of Fox News host Tucker Carlson to defend himself from what he claims is a concerted effort to censor his heterodox beliefs after he joined the newsletter platform Substack.

But who exactly is Michael Tracey?

Who is Michael Tracey?

Michael Tracey is an independent journalist best know for his contrarian remarks on Twitter. Boasting more than 183,000 followers, Tracey has been referred to by some as a “Left Heretic,” a term used for self-described liberals who oppose, among other things, what they deem to be “identity politics.”

Tracey’s writings in recent years have appeared largely in right-wing outlets, including the Federalist, Fox News, the New York Daily News, and the Wall Street Journal. Tracey’s missives have also been featured by left-wing outlets like Daily Beast, HuffPost, Salon, Mother Jones, Vice, and the Nation.

Tracey’s outward politics appeared to flip around 2016, when he published a piece on Medium titled “Why Voting For Hillary Is Morally Untenable.”

The piece predominantly focused on Clinton’s support for the Iraq War, as well as her role in the Libyan intervention as Obama’s Secretary of State. In it he, says he doesn’t consider Trump to be morally superior to Clinton, although his takes are often not given the context by the internet that he would life.

A staunch critic of the media, Tracey currently runs a Patreon account where he produces “podcasts, videos, interviews, and other forms of journalism.” Tracey has also found a home on Substack, an online platform that touts itself as a “place for independent writing.”

His joining the platform was touted by Glenn Greenwald.

Although Tracey has been working in media for some time, his true claim to fame came in 2017 when he alleged to have been assaulted by Rep. Maxine Waters (D-Calif.).

While working as a correspondent for the left-wing outlet the Young Turks, Tracey asked Waters whether former President Barack Obama was wrong to have cooperated with Russia on the crisis in Syria. The question was seemingly intended to downplay criticism against then-President Donald Trump over his stance towards Russia following their interference in the 2016 presidential election.

Tracey claimed that Waters attacked him mid-question before storming off camera.

“Rep. Maxine Waters just shoved me and angrily stormed off as I asked her questions,” Tracey wrote, adding that the shove was not “violent” but a shove nonetheless.

But it turns out that Tracey’s interaction with Waters was being filmed. And once the footage was published online, many accused Tracey of wildly exaggerating the encounter.

Video of the incident shows Waters walking away while moving Tracey’s microphone out of her path, potentially touching his wrist in the process. Tracey was widely ridiculed and accused of fabricating the severity of the encounter soon after.

Since then, Tracey has managed to weave his way into millions of users’ feeds by offering up his adversarial takes on a wide range of current events.

Tracey just last month stirred controversy online after accusing Rep. Alexandria Ocasio-Cortez (D-N.Y.) of emotional manipulation after she revealed that she had been sexually assaulted.

The politician had been recounting her experience during the Capitol riot in January when she noted similarities between the two traumatic experiences.

Tracey immediately responded on Twitter by labeling Ocasio-Cortez’s remarks as a “masterclass in emotional manipulation.”

After a significant backlash, Tracey attempted to double-down on his statement by accusing his critics of “lashing out in deliberate bad faith.”

“To all those lashing out in deliberate bad faith, I wasn’t specifically referring to her sexual assault claim here — but rather to the entire interweaving presentation, where invoking ‘trauma’ automatically mandates accepting a politician’s incendiary claims at face value,” Tracey added.

Tracey’s other most notable remarks include his thoughts on his own profession: journalism.

“Journalists should not expect to get special protections during civil unrest. You are part of the assembly,” Tracey said. “If the assembly is declared unlawful, you are subject to arrest just like everyone else. A laminated ‘press badge’ isn’t some kind of magical ‘get out of jail free’ card.”

The comment, unsurprisingly, was not well received, especially in light of Tracey’s previous claims surround his interaction with Waters.

Journalists noted in response that freedom of the press, which is legally protected by the First Amendment of the U.S. Constitution, ceases to exist if the state can merely arrest reporters whenever it pleases.

While Tracey has managed to stay out of the headlines in recent weeks, his trademark hot takes will undoubtedly resurface in the near future.

Update 4:03pm CT, March 20: After the publication of this article, Michael Tracey once again downplayed the shove in comments to the Daily Dot. He said he doesn’t classify the shove as assault and added that he’s the one who recorded and released the video featuring the altercation.