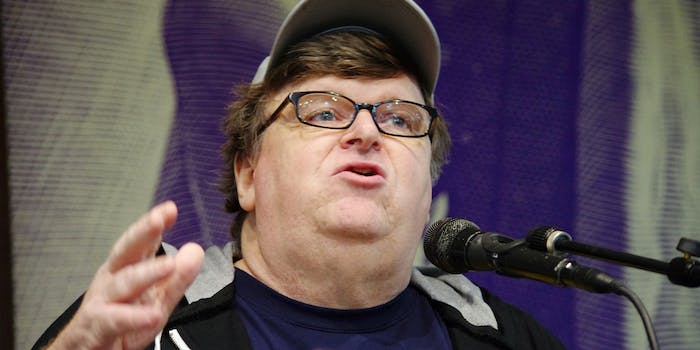 '1. Take over the Democratic Party and return it to the people.'

Progressive filmmaker Michael Moore has a plan to take America back—not just from Donald Trump but from the left-wing establishment he believes has failed the American people.

In a five-point outline posted just hours after Trump won the 2016 presidential election, Moore laid out his vision for the future of progressive politics—a “morning-after to-do list,” as he called it.

The plan includes rejecting any member of the media who “refused to listen to or acknowledge” the realities of the American electorate and booting from office any member of Congress “who didn’t wake up this morning ready to fight” and helped Republicans “resist and obstruct” President Barack Obama‘s agenda.

“Everyone must stop saying they are ‘stunned’ and ‘shocked,’” Moore wrote. “What you mean to say is that you were in a bubble and weren’t paying attention to your fellow Americans and their despair.”

“You live in a country where a majority of its citizens have said they believe there’s climate change, they believe women should be paid the same as men, they want a debt-free college education, they don’t want us invading countries, they want a raise in the minimum wage and they want a single-payer true universal health care system. None of that has changed,” Moore wrote. “We live in a country where the majority agree with the ‘liberal’ position. We just lack the liberal leadership to make that happen.”