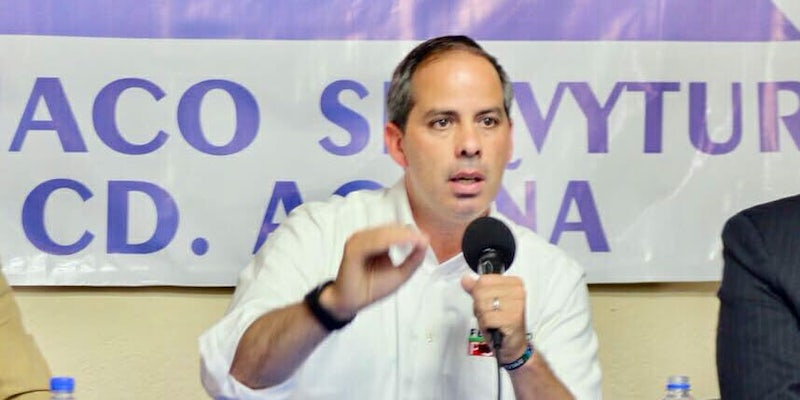 Report: Congressional candidate in Mexico killed while posing for selfie

He's reportedly the 112th politician killed in Mexico since September.

A candidate for Congress in Mexico was shot last week as he was taking a selfie with someone just outside of a debate hall, according to multiple reports.

Fernando Puron was killed after a man walked up behind him as he posed with someone to take a picture and shot him in the head on Friday night, CNN reported. The murder was captured on surveillance footage.

No arrest has been made in connection to the attack. However, authorities said they are “close to identifying the suspect,” according to the Austin American-Statesman.

Puron’s murder is the latest in a staggering number of politicians that have been killed in the run-up to Mexico’s July 1 election. The Guardian reported that 112 politicians have been murdered since September.

The Institutional Revolutionary Party, which Puron was a member of, condemned the attack.

“We demand some clarity from the authorities on what happened and an appropriate punishment for those responsible for his death,” the group said, according to CNN.

During the debate on Friday, Puron told those in attendance that the country needed to “take on crime head on” and not to fear it.

Puron was killed in Coahuila, a state in Mexico near the border with Texas.

You can read all of CNN’s report about Puron’s death here.