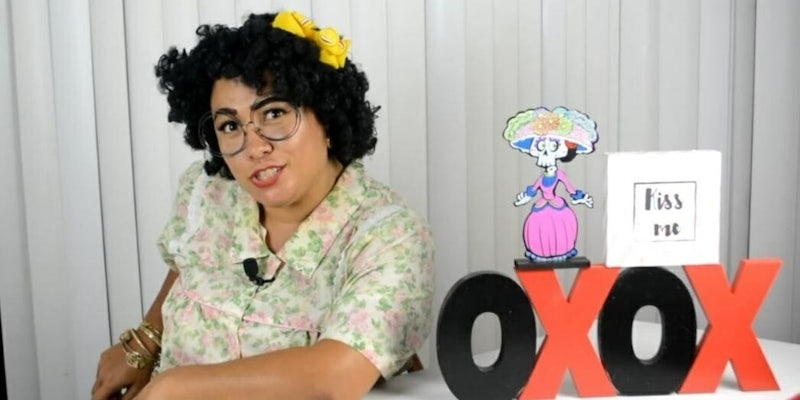 She’s the second Mexican vlogger to be slain in the last 3 months.

A Mexican YouTuber who went by the name Nana Pelucas was shot to death earlier this week, and according to a state prosecutor, she was killed by a drug gang because she had revealed information about the cartels in some of her content.

According to the Associated Press, Guerrero state chief prosecutor Xavier Olea said the YouTuber, whose real name was Leslie Ann Pamela Montenegro, had been threatened by a gang leader who had split from the Independent Cartel of Acapulco.

Montenegro was reportedly shot to death by cartel members after they walked into a restaurant she owned near the city’s tourist area.

As the AP wrote, the 36-year-old Montenegro “used a big wig and glasses to deliver chatty, comic commentary and criticisms, some concerning the local government.” The Daily Mail reported that she had been accused of making anonymous online comments about the gang and for being a government informant.

Olea also said Montenegro had been threatened by a government official who has ties to the drug gang.

Montenegro is the second Mexican social media influencer who has been killed by apparent drug gang violence. In December, a 17-year-old YouTuber named Juan Luis Laguna Rosales posted a video in which he said a notorious gang leader named El Mencho “can suck my dick.” Later, Rosales was found shot to death with more than a dozen bullet holes in his body.