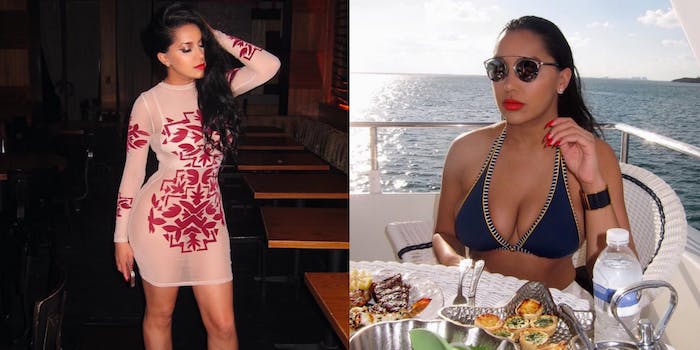 The sisters are said to have done the same to 274 people.

The internet’s most notorious scam just got flipped on its head.

A pair of sisters from Toronto have reportedly been arrested for attempting to extort and cyberbully a Nigerian millionaire.

Police in Laos, Nigeria, arrested sisters Jyoti and Kiran Matharoo earlier this month for their alleged roll in extorting and cyberbullying Femi Otedola, chairman of Forte Oil, as well as his wife, Nana, and daughter, who’s famously known as DJ Cuppy.

The Matharoo sisters are accused of blackmailing Otedola through the now-defunct website NaijaGistLive and its various Twitter and Instagram accounts, according to court documents dated Dec. 20. The sisters, who together have more than 50,000 Instagram followers, reportedly said they had evidence that Otedola cheated on his wife, which they threatened to publish unless Otedola paid them an unknown sum of money. The court documents claim the Matharoo sisters also attempted to extort and cyberbully a total of 274 people in a number of African countries.

According to Nigerian news site the Capital, the Matharoo sisters appeared in the Yaba Magistrate Court 1 on Dec. 23, and signed confession statements admitting to running NaijaGistLive. The sisters, who are accused of being escorts, also reportedly confessed to having sex with approximately 100 wealthy Nigerian men. They also reportedly apologized to Otedola.

The Matharoo sisters are scheduled to appear in court again on Jan. 26.