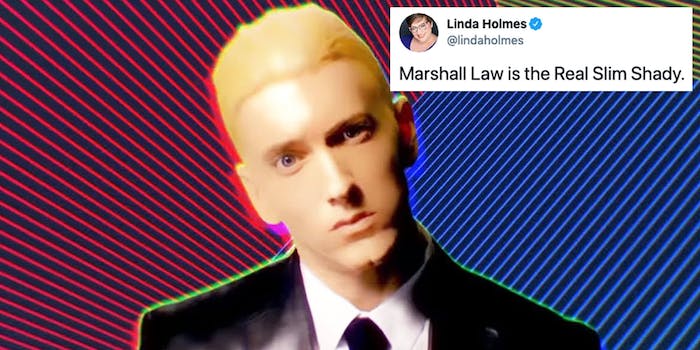 Not to worry, the United States hasn't imposed *martial law* either.

It’s day who-knows-which of quarantining due to the COVID-19 pandemic, and things are already looking extremely dire in many parts of the country. Cities such as New York City, Los Angeles, and Washington D.C. have ordered shutdowns of bars, restaurants, gyms, and movie theaters due to the coronavirus. And many entire states such as Illinois, Michigan, and Ohio have since followed suit. It’s all really scary, but fortunately, one thing we don’t have to worry about is the United States government declaring “marshall law.” Or, at least, so says Sen. Marco Rubio.

“COMPLETELY FALSE,” he added. “We will continue to see closings and restrictions on hours of non-essential businesses in certain cities and states. But that is NOT marshall law.”

What Rubio was likely attempting to refer to is the practice of martial law. Unlike “marshall law,” martial law is government imposition of direct military control over normal civilian functions, particularly in response to an emergency such as a major disaster, emergency, or invasion.

So when you look at it that way—yes exactly, Marco Rubio. Please do stop spreading “stupid rumors” about “marshall law.” His words!

As such, Rubio’s tweet was received about as predictably as one might imagine, as plenty of people were quick to roast the lawmaker’s poor grasp of the, well, law!

And of course, there was no shortage of marshall law Eminem jokes, given that the rapper’s real name is “Marshall Mathers.”

Others agreed that “marshall law” sounds like a great name for a crime procedural:

Naturally, there were also a few Paw Patrol jokes:

And memes about that Marshalls: